The Left won’t explain it this way, but Daniel Handler is a racist Neanderthal who enjoys watching babies, particularly black babies, die. 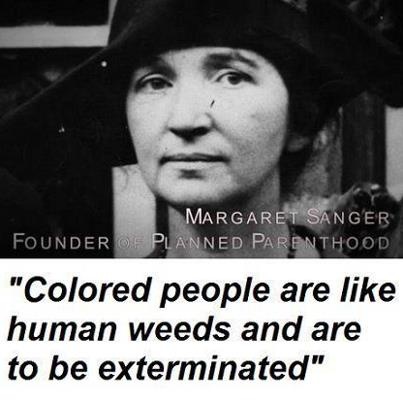 The Left will hail him as a hero, since he and his racist wife donated $1 million to the organization founded by the racist Margaret Sanger.

Remember Brendan Eich, the co-founder of Mozilla who gave $1000 in 2008 to back Prop 8 in support of marriage between a man and a woman? He was fired. He didn’t publicly tout his $1000 donation; it was the Gay Mafia who uncovered it. The man who invented JavaScript and co-founded one of the most successful companies of our era was ousted over $1000. He didn’t condone the killing of innocent children, particularly black babies. No, all he did was donate a pittance to a cause he is said to support.

Try to imagine the Koch Brothers donating $1 million dollars to a group whose mission was to rid America of the mongrel Negro. 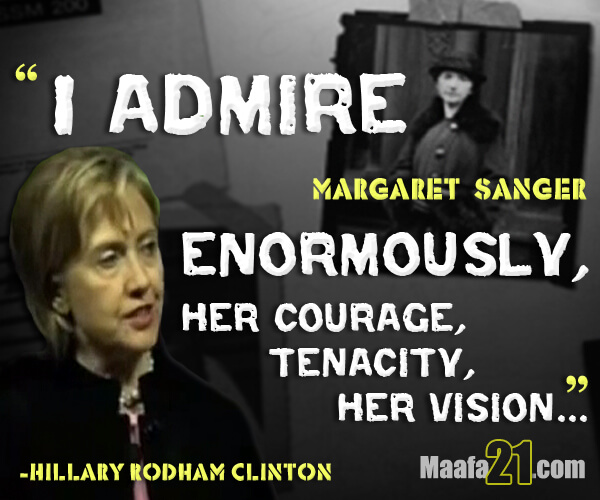 Better yet, imagine if like Hillary Clinton, Ronald Reagan accepted an award from such an organization.

Forget about what Planned Parenthood does, and let’s just remember its origins. It is a group founded by a woman who proudly posed with the KKK, and the symbolism reminds me, yet again of Hillary Clinton’s acceptance of the groups utterly indignant, in-your-face racism.

Yet, we have a Leftist celebrating his donation to a group that kills babies.

As it was reported:

American author Daniel Handler, popularly known by his pen name Lemony Snicket, tweeted recently that he and his wife, the illustrator Lisa Brown, have decided to donate $1 million to Planned Parenthood.

Unlike Brendan Eich, who made a small anonymous donation to his cause, Handler tweeted his PRIDE in his racism, and the fact that he can make such an open donation.

The Left have made blacks so immune to the genocide, the Left can now openly showcase their disdain for blacks, and their support of the racist Margaret Sanger. Where is backlash against Handler and Lisa Brown from blacks? It wouldn’t take much to make this situation reverse itself.

Daniel Handler hasn’t heard the last of me. I plan to make it know far and wide of his utter ignorance, and he will regret this donation soon.

New Revelation: The Buck Stops at Hillary
The Black Sphere