I live in the hood. It’s partially gentrified, as a few brave souls like myself have tried to improve small plots in one of America’s urban indoctrination centers, aka the Urban Jungle.

My house was a former crackhouse, if that helps provide a better idea of what I mean. I’ve lived here for 14 years after doing a total gut of the former residence. As for our tenure in the city, some in my family have said, “That’s 14 years we can’t get back!”

We’ve have our my vehicles broken into four times, chased away numerous naer-do-wells from my house, and others’. However, as the bourgeois Leftist white enablers who comprise most of my neighbors would say, 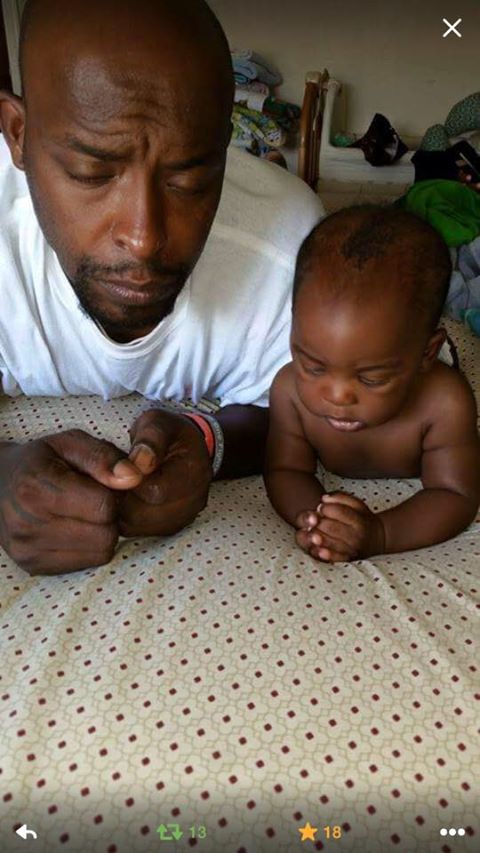 Anyway, one day I was out with my youngest son who is now 8 years old, and we were throwing the baseball. We do this almost every day, as that is part of our ritual, a ritual that always begins with finishing his homework and then doing extra in a workbook that’s for a grade two years ahead of him. After he finishes his studies, and cleans his room, we go outside to practice whatever sport he’s doing at the time.

As we threw the baseball, and I coached him on his release point for throwing, and always watching the ball, a car exited the alleyway onto the street. Inside was a middle-aged white couple, and as they passed, the woman looked at me and my son and smiled, as I was in the midst of talking to him about technique. She didn’t wave or acknowledge me.

Further, her smile wasn’t one of those, “Hey neighbor!” smiles, but more of a “Look at that black man actually participating in the life of his child!” smiles.

Now there are those who would say, “How do you know what kind of smile it was?” Well, I know. It’s the same smile I get when watching animals at the zoo do something interesting.

I don’t blame that woman for her look. It was reflex. To see a black man participating in the life of his children is foreign to a great degree. I do blame Liberals, however. They have made such routine events as a black father spending time with his children, some freakishly interesting thing to marvel at.

So when I saw this picture of this black father praying with his child, I thought to myself, this is what normal should be. Many people saw this picture and had that very same feeling that woman had.

Fathers participate in the lives of their children, because that’s what fathers do.

For the record, that woman who smiled at me is a Liberal. I know this, because a Conservative woman would have simply noticed me, smiled and waved. You wave at people you see; you smile at zoo animals.