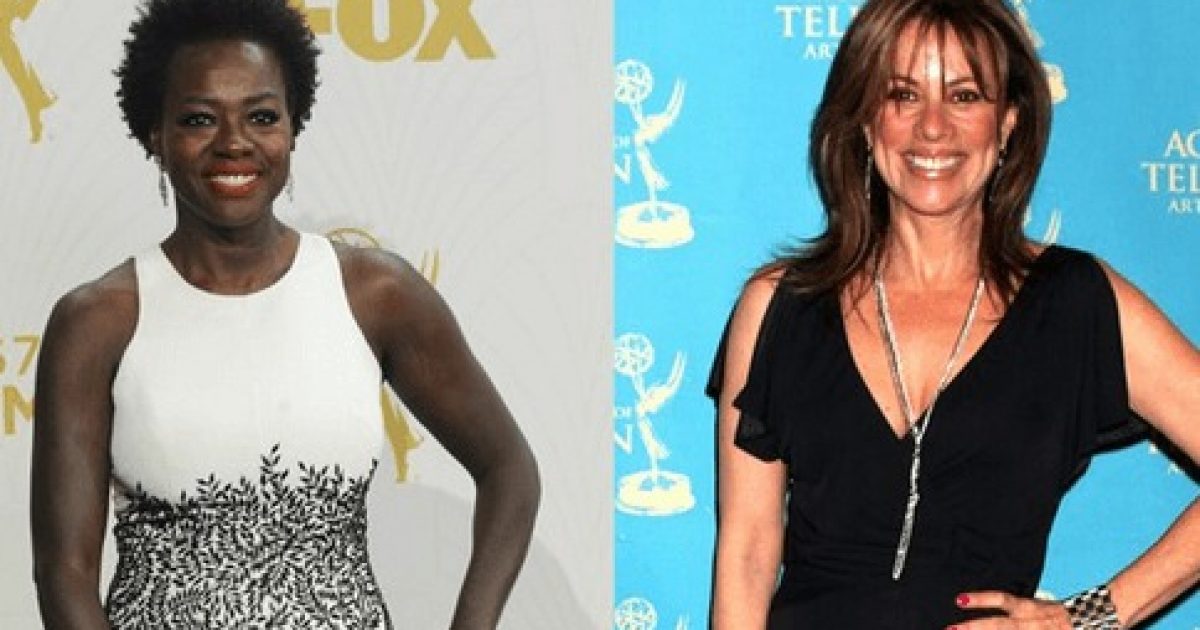 It’s just a matter of time when political correctness will eat the very white bourgeois Liberal enablers who started the nonsense. Perhaps we are there now.

Recently Viola Davis became the first black woman to ever win an award for Lead Actress in a Drama Series for her role on How to Get Away With Murder. Here is Davis’ acceptance speech:

That was Harriet Tubman in the 1800s. And let me tell you something: The only thing that separates women of color from anyone else is opportunity.

You cannot win an Emmy for roles that are simply not there. So here’s to all the writers, the awesome people that are Ben Sherwood, Paul Lee, Peter Nowalk, Shonda Rhimes, people who have redefined what it means to be beautiful, to be sexy, to be a leading woman, to be black.

And to the Taraji P. Hensons, the Kerry Washingtons, the Halle Berrys, the Nicole Beharies, the Meagan Goods, to Gabrielle Union: Thank you for taking us over that line. Thank you to the Television Academy. Thank you.”

So on Davis’ biggest night, she decided to make a social statement about her business being racist, as she happily accepted her award, and her fat paychecks.

Hollyweirdos came out of the woodwork to congratulate Viola on her “blackness” and not her craft. But one Hollyweirdo dared call out Davis for using her platform for race-baiting nonsense.

Actress Nance Lee Grahn is a self-professed human rights advocate for the last 30 years. Grahn has starred on the soap opera “General Hospital” for the past 20 years. After Davis’ acceptance speech, Grahn released a series of tweets about Davis, as reported by The Daily Mail:

“’I wish I loved #ViolaDavis speech, but I thought she should have let @shondarhimes write it.’

In response to the show’s creator Shondra Rhimes tweet about loving Davis’ speech: ‘I do 2. I think she’s the bees knees but she’s elite of TV performers. Brilliant as she is. She has never been discriminated against.’

‘Im a f***ing actress for 40 yrs. None of us get respect or opportunity we deserve. Emmys not venue 4 racial opportunity. ALL women belittled.’ (Since deleted)

’30 yrs an advocate 4 human rights & now i’m a racist. Color me heartbroken. Twitter can bring out the best & sadly tonight the worst of us.’

Grahn has backed herself into the racist corner. Because what she will learn is that for Leftist blacks, there is no end in sight for racism. It is just a matter of time for racism to engulf those who have coddled blacks into their childishness.

Welcome to the world of Conservatives. So according to a Los Angeles Times article, Grahn’s reaction is an example of “white feminism.”

“According to Cate Young, author of feminist pop culture blog BattyMamzelle, ‘white feminism’ is feminism that is aware of sexism but fails to ‘consider race as a factor in the struggle for equality.’

In an interview with The Times, Young said that the phrase is often misunderstood as an attack on white women.

But as Young and others have explained it, ‘white feminism’ is not necessarily feminism by white people. Instead, it is feminism for whites — that is, it benefits only whites. The term is a way to caution feminists who might ignore the lives and experiences of women of color.

The immediate defensiveness of many white women when race is brought up, Young said, is not unique to Grahn. ‘Women do have common struggles,’ she said, ‘but for women of color, we also have to deal with racism as well.’ The trouble is that some are unwilling to recognize that, she said.”

This is what it may take for Liberals to stop their nonsense, and join Conservatives in our revolt against political correctness.