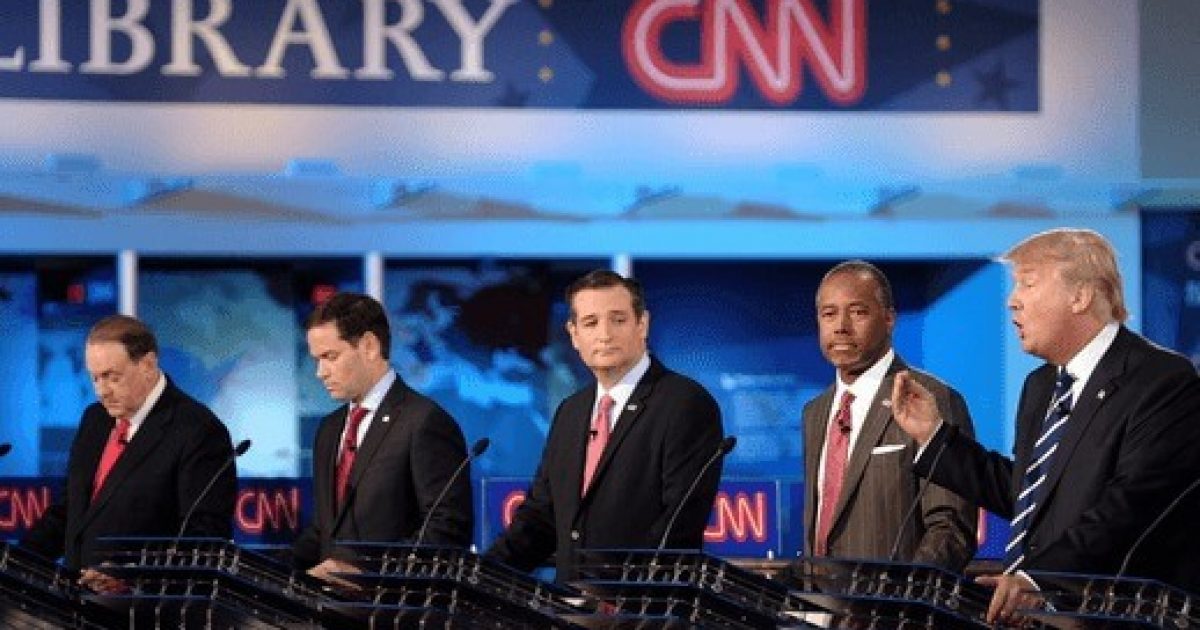 You don’t need a poll to tell you that the subject of race is one of the top issues on the minds of America. But for those who need polls, according to a July Gallup poll, race relations ranked third, behind only the economy and dissatisfaction with the government.

So with that in mind, CNN brought us political WrestleMania. The moderators at CNN did moderate. Instead of covering the substantive issue of race relations, which have undoubtedly worsened during the Era of the Black President, CNN moderators were content to incite the candidates into attacking one another. Like a schoolyard provocateur, Jake Tapper prodded the candidates to respond to what each other had said about the other.

“So what about your face, Carly? You gonna let Trump get away with that?”

Let’s recap: #1 issues with Americans is the economy, and #2 dissatisfaction with the government, and CNN decides to discuss if Trump should have his hand on the button? Would that be the same button that Hillary Clinton gave to the Russians? Or would that be the button Obama has pushed on America’s debt and deficit? That button should be labeled “Armageddon!”

CNN had no interest in hearing the real policies of the candidates. For them it was about entertainment, ratings and money. Those who were able to outline their positions on key issues did so by brute force. God forbid CNN actually address the issue that would showcase just how reckless the Democrats have been, fiscally or otherwise. Why do that, when the real goal was to make the Republicans look childish and petty.

I expected, “This debate fiasco sponsored by the DNC!” to crawl across the bottom of my screen.

CNN gave amazing coverage to race relations, after the deaths of Michael Brown and Eric Gardner. Then again in Baltimore, when citizens rioted over the death of Freddie Gray. Those were some of their highest rated shows, validating the poll I referred to earlier.

“It was both fascinating and disappointing that race relations in America were not directly addressed during the marathon Wednesday night Republican debate, the second round, this time at the Ronald Reagan Presidential Library in Simi Valley, Calif.

This is particularly baffling at this moment in the nation’s history, as issues of race consume the news and water-cooler conversations.

And yet, nothing specific at the debates. Sure, they hinted at the issue of race, broadly speaking, but a hint is not a hit.”

You don’t have to be a brain surgeon to realize what CNN did. Discussing race with the varsity team of the Republicans, particularly having a real-life brain surgeon who happens to be black on the stage would not look good for the Democrats.

Retired pediatric neurosurgeon and presidential candidate Dr. Ben Carson’s slogan is “Heal+Inspire+Revive.” One of the cornerstones of his campaign is to break away from the political forces that seek to divide people and instead unite them. Rand Paul has reached out to civil rights leaders and has been highly vocal in discussing disparate sentencing, disproportionately affect underclass minorities. And there are many policies of the Republicans that deserve to be heard.

CNN denied everyone who watched the debate those views. Shame on CNN