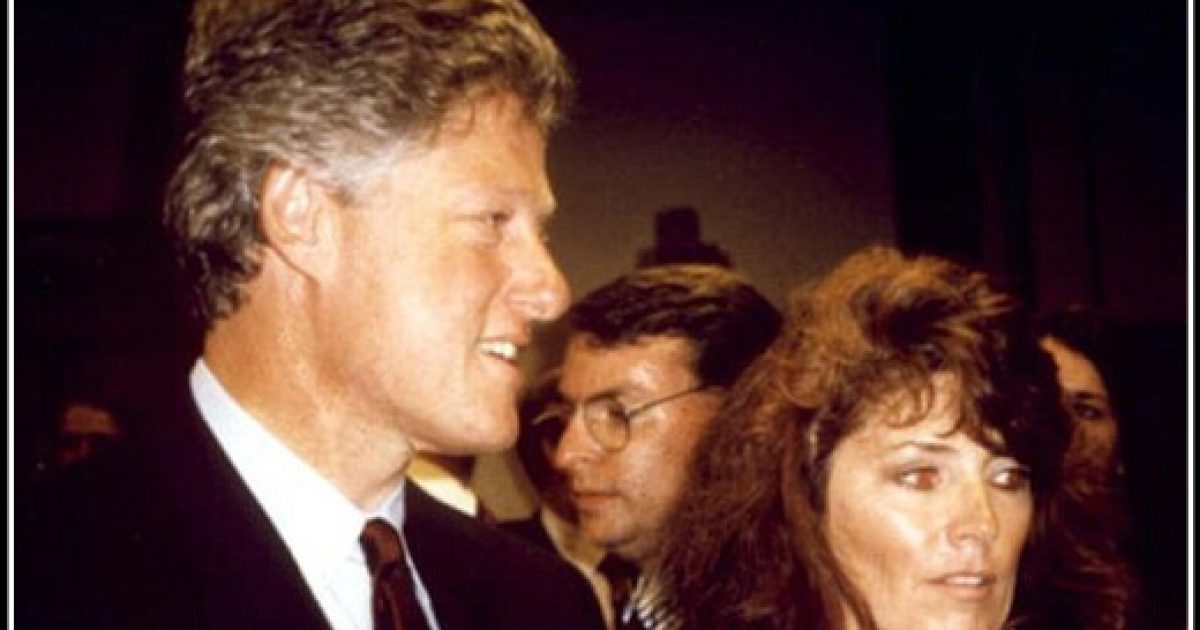 Hillary and Bill Clinton’s war on women woes will not go away anytime soon.

Kathleen Willey, a former Bill Clinton fundraiser for his 1992 presidential campaign, alleged that Bill fondled her in the White House Oval Office in 1993.

She says she will follow Hillary everyone she goes in her 2016 presidential campaign and tell her story of the Clinton’s campaign of terror against her. She wrote the forward in a soon to be released book by Roger Stone and Robert Morrow called “The Clintons’ War on Women.”

According to The Daily Mail:

“’In 1993, I was sexually assaulted by Bill Clinton, then president of the United States, in the Oval Office,’ she wrote.

‘In a professional setting where I had planned to ask him for paid employment, President Clinton put my hand on his genitals,’ she continued. ‘He then proceeded to overpower me and run his hands up my skirt, over my blouse and my breasts.’

Had the president not been late for a meeting, ‘I might not have escaped his grasp,’ she said.”

When Bill was elected president, she took a volunteer position at the White House. She requested a meeting with Bill to ask for a paying position because she and her husband, real estate lawyer Edward Willey Jr., were having financial problems. That same day Willey’s husband committed suicide because he was overcome with financial grief.

It would be four years before her allegations surfaced. The Daily Mail article continues:

“Four years later, Willey was subpoenaed to be a witness in the Paula Jones sexual harassment trial, the case that led to the discovery of President Clinton’s affair with White House intern Monica Lewinsky.

‘It was then that I was treated, firsthand, to the ways Hillary tried to discredit and intimidate women who have suffered at the hands of her husband,’ Willey wrote in the forward of Stone’s new book.

Repeating allegations she made in her own book, ‘Target: Caught in the Crosshairs of Bill and Hillary Clinton,’ Willey said Hillary Clinton hired ‘detectives’ that made her life hellish.

‘They took one of my cats and killed another. They left a skull on my porch. They told me I was in danger. They followed me. They vandalized my car,’ Willey wrote. ‘They tried to retrieve my dogs from a kennel. They hid under my deck in the middle of the night. They subjected me to a campaign of fear and intimidation, trying to silence me.’”

With help of mainstream media, Willey’s credibility was attacked as contradictory statements in her story were widely publicized. Willey says her goal is to tell her story to young women and college aged students who don’t know or remember any of the stories of Bill’s philandering and Hillary’s attempts to cover them up.

With nearly half the people polled in the country believing Hillary is not honest, this will hardly help her campaign. As the saying goes, “The sunlight eventually shines on a dog’s ass.”