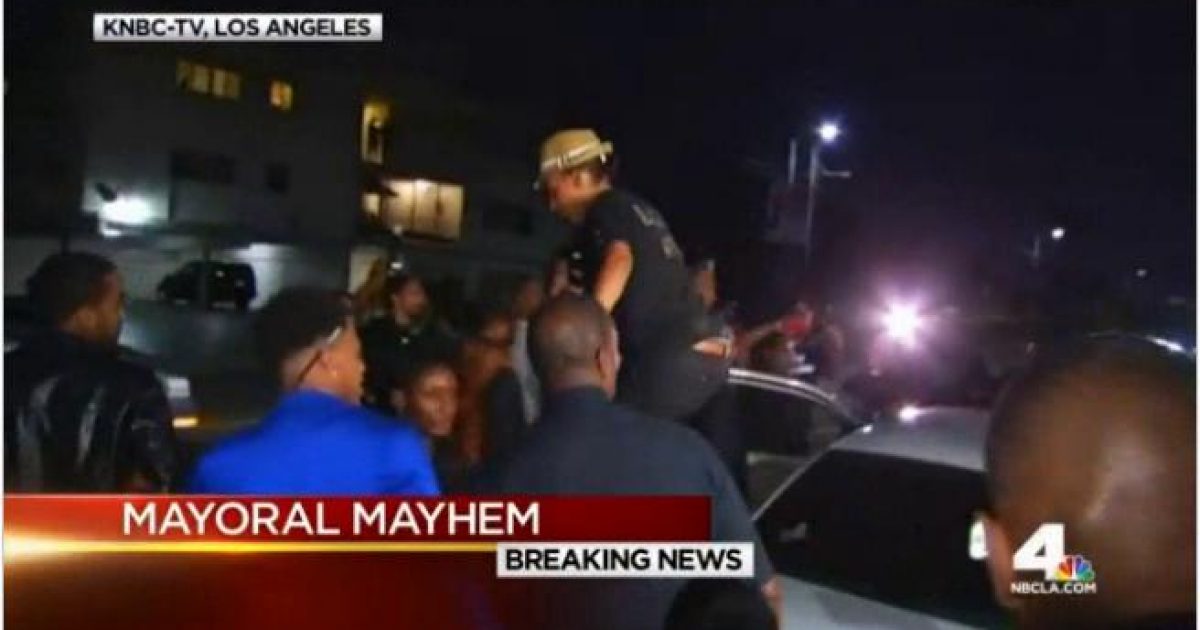 At a Methodist church in South Las Angeles, members of the #BlackLivesMatter group crashed a meeting with the Mayor, Eric Garcetti. The nonsense started when a group of the terrorists began chanting.

They claimed that the mayor has neglected them., though they didn’t explain how.

A liberal professor, Melina Abdullah, was one of the organizers for the local BLM chapter, and she said

“We are here today because this is real for us… It’s about our lives.”

Despite Garcetti showcasing typical Liberal “pansyitis” and saying that ALL lives didn’t matter, and black lives do, these terrorists continued to commandeer the microphone and ultimately the meeting, sending Garcetti scrambling like a quarterback with a bad offensive line.

Though Garcetti pleaded that he wanted to listen to them (bad move), he was ultimately rushed out to an awaiting vehicle by security, as #BLM terrorists jumped on his vehicle.

The people who were hurt were the citizens who were there for REAL issues, and not the #BLM BS.