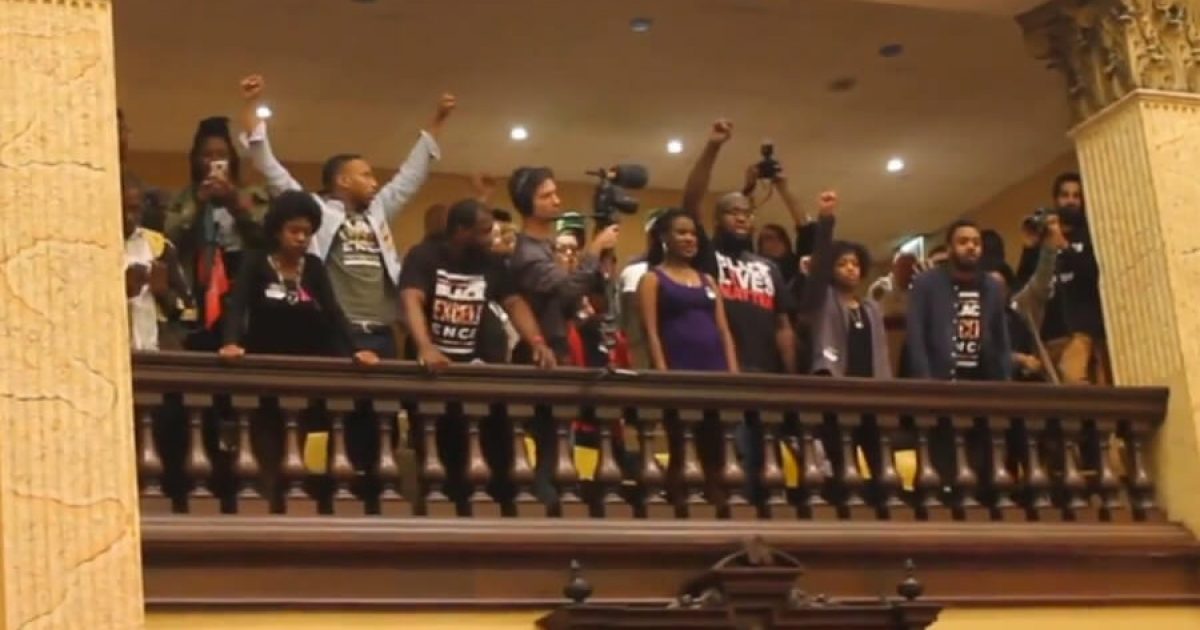 At a meeting in Baltimore recently, a small group of BLM protesters decided to oppose the vote to make the appointment of interim police chief Kevin Davis permanent.

And why not; the man is WHITE!

A white police commissioner is the last thing a group of black racist needs. Isn’t that the problem, as in too many white people in that city of 64 percent blacks, with a black mayor and an overwhelmingly black city council.

You would think by now that a white person to blame would be just what the doctor ordered! Black people have driven Baltimore (and every other city run by black Liberals) into the ground.

Davis politely told the protesters that he would be happy to meet with them to address their grievances, but it wasn’t good enough. They wanted the vote stopped, immediately.

That white man did what was expected…he started arresting the colored folks. Mission accomplished.