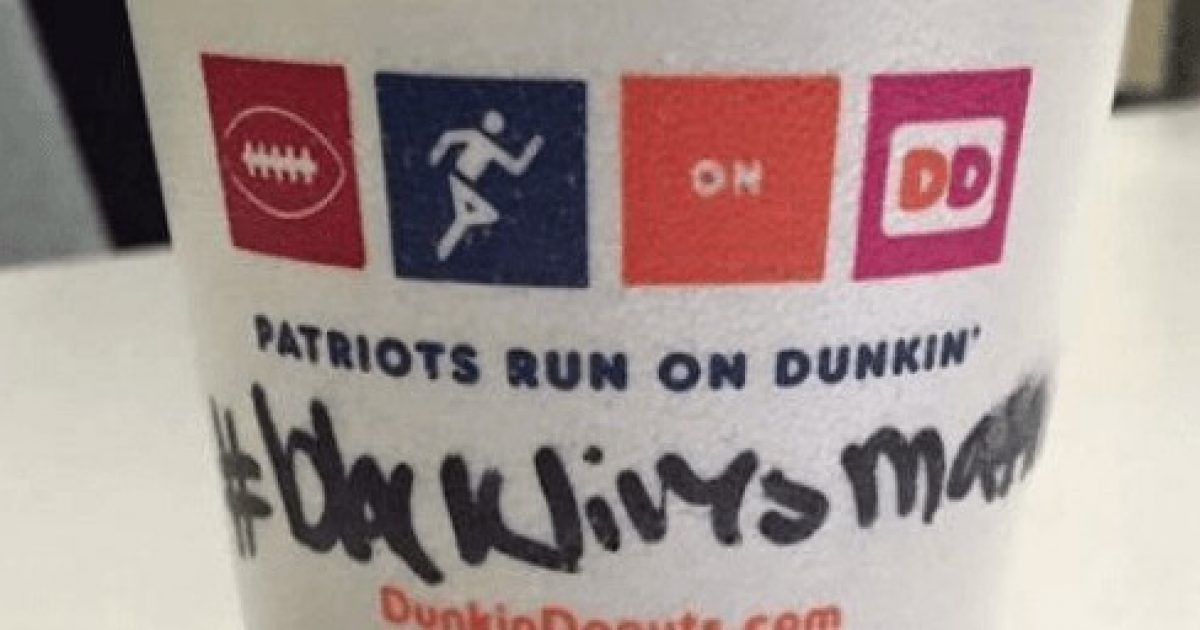 Imagine you’re a police officer grabbing some coffee at a Dunkin’ Donuts and on your cup is written the words #Blacklivesmatter. And why not! Because that cop has done nothing wrong to black people, and in fact likely has protected many black people in Providence.

Surely that’s what the author of the snippet intended for the cop. To tell him that they appreciated his work with black people. Because this cop had no record of shooting black people, or any people, except the occasional bad person of whatever color.

According to a Providence police union, the officer encountered a rude employee who acted as if she did not want to serve him. According to an article in CBS affiliate WTSP 10 News:

“The union said that officers work tirelessly to protect the public, and they’re not happy with the Dunkin’ employee’s message.

‘The negativity displayed by the #Blacklivesmatter organization towards police across this nation is creating a hostile environment that is not resolving any problems or issues, but making it worse for our communities,’ The Executive Board of the Fraternal Order of Police Lodge #3 said in a statement. ‘They are doing this by increasing tensions amongst police and the people they serve.’”

Black Liberals commit heinous crimes, usually against other black Liberals, and when confronted by police, they act like black Liberals. If the cop shoots the Liberal, the cop is at fault.

This is the logic of one of the #BLM founders, DeRay McKesson, who is teaching at Yale Divinity School that looting is not a crime…if you’re black. At least one #BLMer  took to Craigslist and social media to openly advocate for the murder of police officers in the name of #BLM.

Dunkin’ Donuts has since issued an apology to the officer, as reported in the article:

“A Dunkin’ Donuts spokesperson said in a statement that the chain is aware of the situation in Providence.

“Dunkin’ Donuts and our franchisees share a commitment to the well-being and fair treatment of all our guests,’ the statement read. ‘The franchise owner has apologized to the police officer on behalf of Dunkin’ Donuts, and he has counseled the employee about her behavior.’”

This incident comes a little over a month after an Arby’s employee refused service to a Pembroke Pines police sergeant in Dade County, Florida. Arby’s promptly fired the manager of the restaurant and corporate executives met with police union presidents of Dade and Broward Counties.

Dunkin’ Donuts should follow Arby’s lead and fire the employee who did this. It has become an issue that jeopardizes the lives of officers who put their lives on the line for the community. “Counseling” the employee is not enough, as a firing will send a much clearer message.