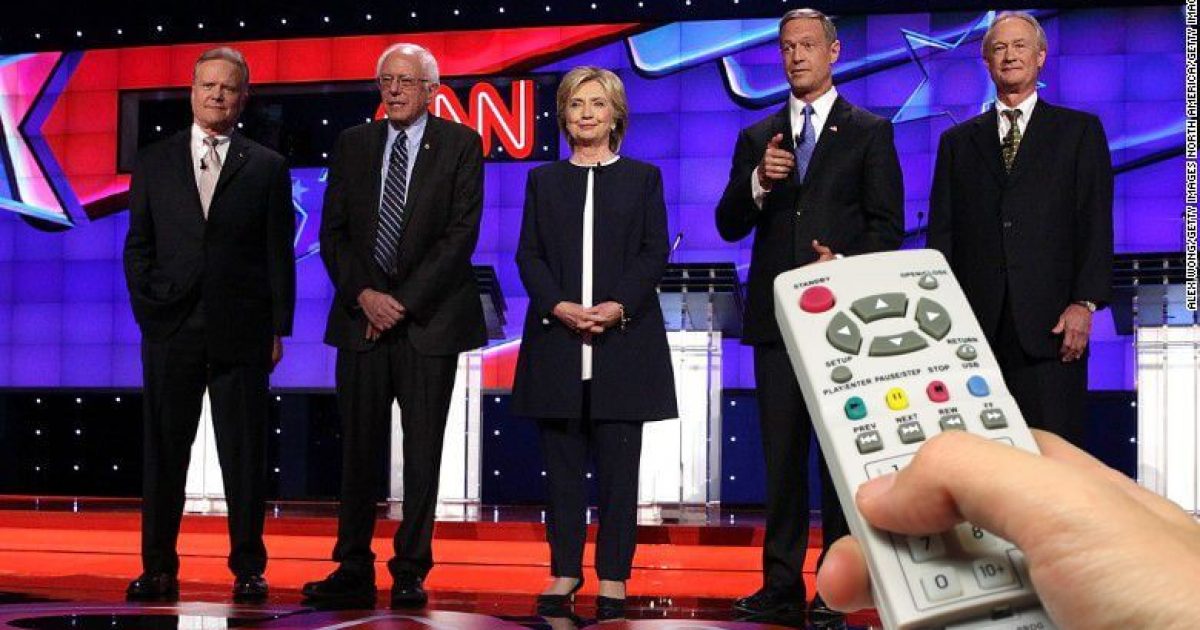 The Democrats have problems with their enthusiasm. After the huge crowds in 2008, their following has dwindled to 3rd-grader YouTube play proportions.

Despite this being the most watched debate in Democrat history, it paled in comparison to the Republicans. As reported on Fox and Friends, NCIS (I know, right!) was more popular. But then, does this surprise anyone?

And then there are those other things. For example, a lot of kids that were head-over-heels in love with Democrats, and particularly Barack Obama, are now bitterly disappointed. No jobs, and living with Mommy and Daddy wasn’t what they signed up for.

Where is Jon Stewart when his party needs him? I guess the late night talk show Liberals won’t be able to save Hillary Clinton. But at least they can’t say they don’t have enough Democrats to make fun of.