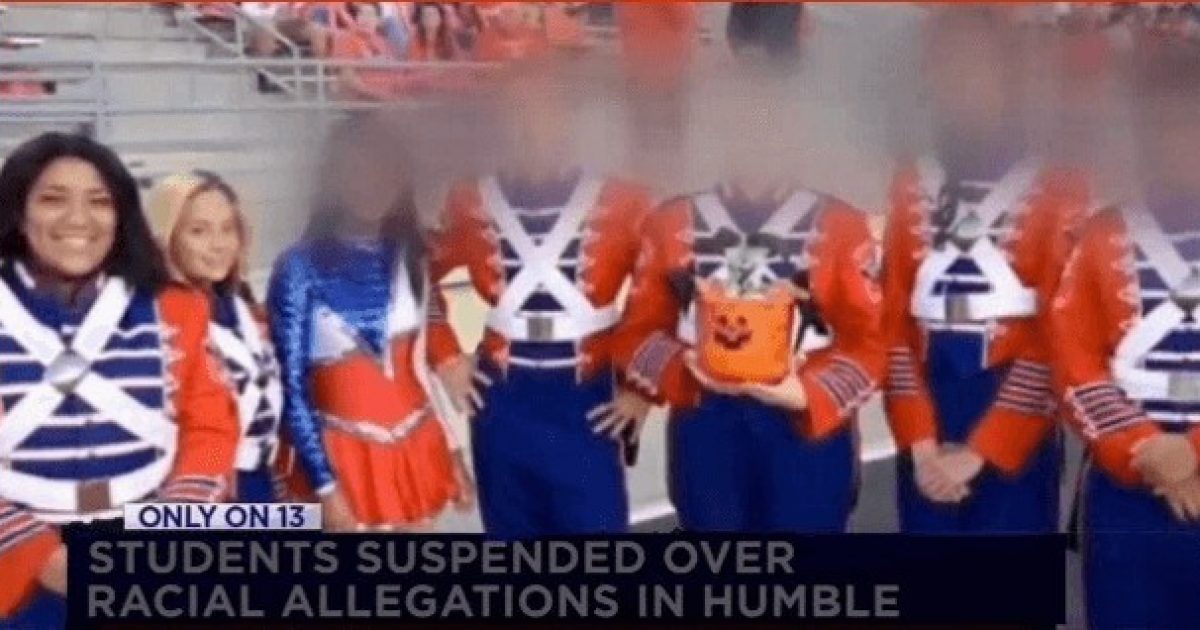 Liberals see racism everywhere. Night is racist, black toner cartridges are racist, because when they run out, you are left with what…white paper!

The cries of racism have gone from ridiculous to the sublime. So when I see stories of “racism,” I find it is my duty to ridicule such stories.

In a recent find, students at a Texas high school got in trouble over perceived racism, as reported by ABC:

Atascocita High School band members are in trouble over a gift they gave their rival school before the varsity football game on Friday. The gift is supposed to encourage good sportsmanship. Humble ISD, instead, said it was racist.

Seven band members presented their gift to their counterparts in the Summer Creek High School band on the field before the game. Along with candy and a decorated bucket for Halloween was a small watermelon, coconut, pineapple and watermelon gum.

Eyewitness News spoke to two of the band members and their parents. The students said they never dreamed it would be considered racist.
“We didn’t do anything wrong,” said Carolina Andaverde, who plays the flute. “We wouldn’t do that because we know better than that. Our parents raised us better.”

Personally, I love watermelon. I don’t consider it a “black” fruit. I have witnessed white people eating watermelon with the gusto of a crazed wart hog. I recall thinking, “So it’s not just black folks, huh!”

By the way, if racism is everywhere, as Liberals proclaim, then why make it subtle. For example, the students could have put eggplants, pig feet, and red Kool-aid. I certainly would have gotten the hint…after eating the food and drinking the Kool-aid, of course.

They could have thrown in some Aunt Jemima syrup and some Uncle Ben’s rice to drive home the point.

Better yet, they could have put a picture of the Democrats running for president!