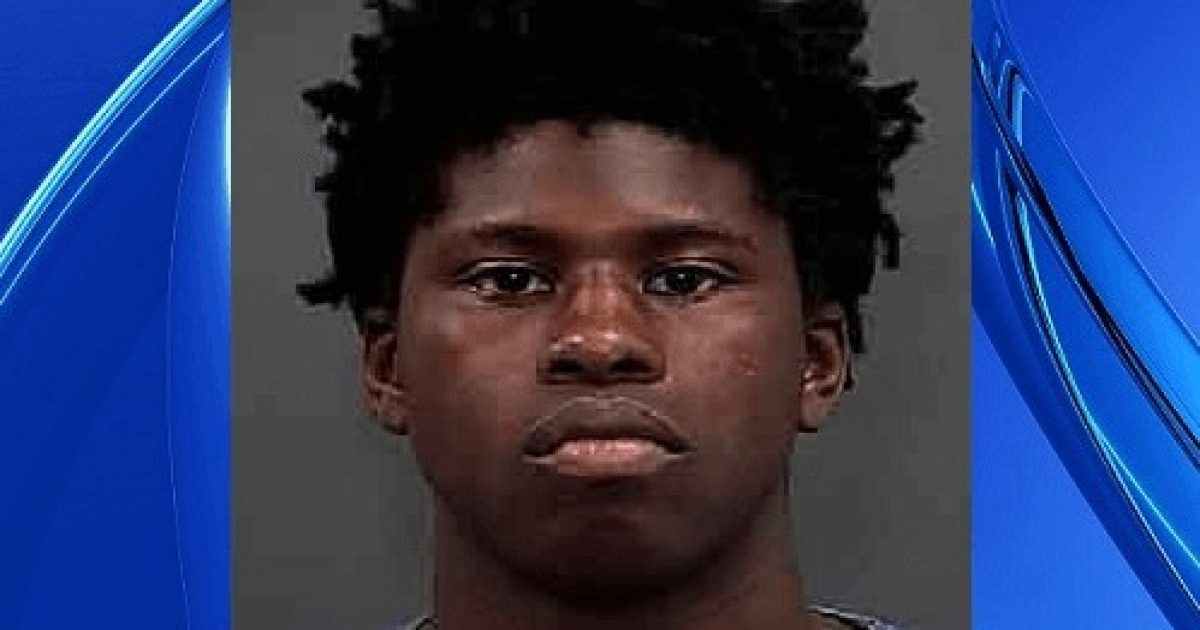 There are some punishments that fit the crime, like getting your tongue bitten off while trying to rape someone. Only this punishment was not administered by the courts, but by the victim herself.

The incident occurred in North Charleston, South Carolina.  A 16-year old teen forced his way into a woman’s apartment holding a 13” serrated knife against her chest. After getting inside the apartment, he locked the door and tackled the woman to the floor and began to beat her in the face.

This is where it gets interesting, as reported in The Washington Post:

“’Stop fighting and I won’t hurt you,’ the man reportedly told the woman before slinging her over his shoulder and carrying her into the bedroom, according to ABC News 4.

The woman, however, had no intention of giving up. And when the attacker tried to pull down her shorts, she kicked him in the groin.

‘Now you have to die,’ he told her, according to the police report.

The assailant then forced himself on top of her and shoved his tongue in her mouth.”

The woman bit down on his tongue as hard as she could until she “heard it snap.” The attacker jumped off screaming and in obvious pain. The woman ran out of the house as fast as she could, throwing his tongue on the kitchen floor on her way out the door.

She then drove to a gas station and called 911. The police found her there with bruises and scratches. Shortly after, another woman called 911 and requested an ambulance because her son was missing his tongue. I guess he was unable to tell her what just went down.

The tongue-less attacker, identified as Antoine Miller, was arrested at a nearby Waffle House. His tongue was recovered on the victim’s kitchen floor. He confessed to the crime and was arrested and charged with 5 felony counts. This was a slam dunk of a police investigation by any measure.

It appears as though Miller’s defense might be a mental disorder, as reported in the Post article:

“Miller’s neighbors told NBC News 2, however, that the 16-year-old suffers from a ‘brain disorder.’

‘I don’t believe that he is responsible for his actions,’ an unidentified neighbor told the TV station. ‘He has a brain disorder that causes him to act on impulse and do things… he’s only reading at a second grade level.’”

Or maybe he did it because he didn’t have a father. Or perhaps it was repressed issues related to slavery. I’m sure Liberals have a litany of excuses for the behavior. In fact, let’s take the “Michael Brown Defense,” and not even call what he did “assault” or “attempted rape,” but instead “zealous affection with intent to hug.”

One thing is for sure, and that is he probably won’t have a whole lot to say at his trial. Let’s hope he’s learned to read and write, so he can help his attorney mount a good defense. This case has all the makings of a new Civil Rights movement.