There are not many who argue that today’s public schools have many problems. With families where both parents work and single parent homes, often a child’s school not only serves as a place of learning, but it also doubles as day care.

We send our kids to school with the assumption they are being taught what parents want them to be taught. But many parents too busy (or too preoccupied) to pay attention to just exactly what their kids are being fed in school.  So it is the Left who decides what is accurate and what is not; essentially, what is taught.

Last week, the teen-aged son of Roni Dean-Burren and high school freshmen  showed his mother a passage in his geography book describing Africans being brought to America not as slaves, but as “immigrants” and “workers”. Dean-Burren promptly posted this information to social media.

Predictably, the post went viral, and McGraw-Hill, which caused the publisher of the textbook to promote that they will rewrite this description.

To most people who read this passage describing people who were forcibly removed from their homes and brought to America to become the property of others, calling them “immigrants” or “workers” is pretty insulting. This is particularly true, when you consider that these words are a completely inaccurate description of slavery. Why not describe “rape” as “unsatisfying sex?”

This is not the first time that blatant inaccuracies have been found in textbooks, but it could be the first time that one has been so rapidly corrected.  When you consider that slavery is firmly a Democrat program, one can understand the publisher’s attempt to water down the subject. If only slavery were the purview of the Republicans.

The Reagan economic boom of the eighties has been called “Trickle Down Economics,” and Reagan’s defense system dubbed “Star Wars” by liberal zombies. Forget the outcome, where America was essentially at peace, ended the Cold War, and experienced perhaps the best economy in our history.

How do you think George W. Bush and the Tea Party Movement will be portrayed in future editions?

Roni Dean-Burren described McGraw-Hills’ depiction of slavery in the book as “erasure”.  Soon, your children won’t be learning most of what they learn from books, but from other sources. Hopefully most of their formative learning will come from their parents, good Conservative parents.

Those lefty Woodstock heroes Crosby, Stills and Nash may have said it best. “Teach your children well.“ 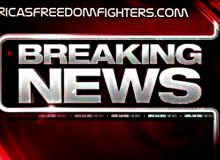 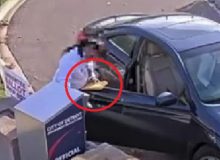