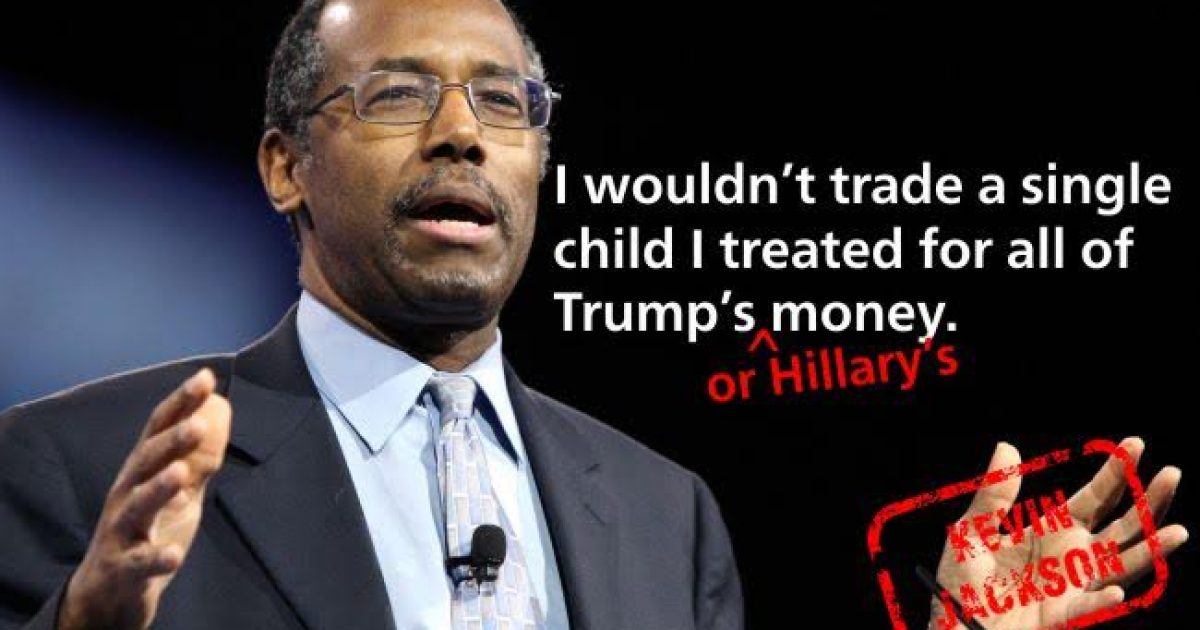 Ben Carson recently said that he wouldn’t trade the life of one child he operated on for all of Trump’s money.

Talk about a brilliant quote. Spoken like a true “brain surgeon.”

Why is this so profound? First, it highlights Ben Carson’s work, while negatively focusing on Trump’s wealth. But it’s not a shot at Trump, per se.

Ben Carson is running a “character” campaign, and like him or not, this type of statement reminds you of his work ethic and his character. Trump should do himself a favor and not take the bait. Though people like wealth, Trump is already dangerously close to the line, where he is just that rich evil capitalist.

As for our adding “and Hillary’s,” it was our attempt to not allow people to forget Hillary “Dead Broke” Clinton.