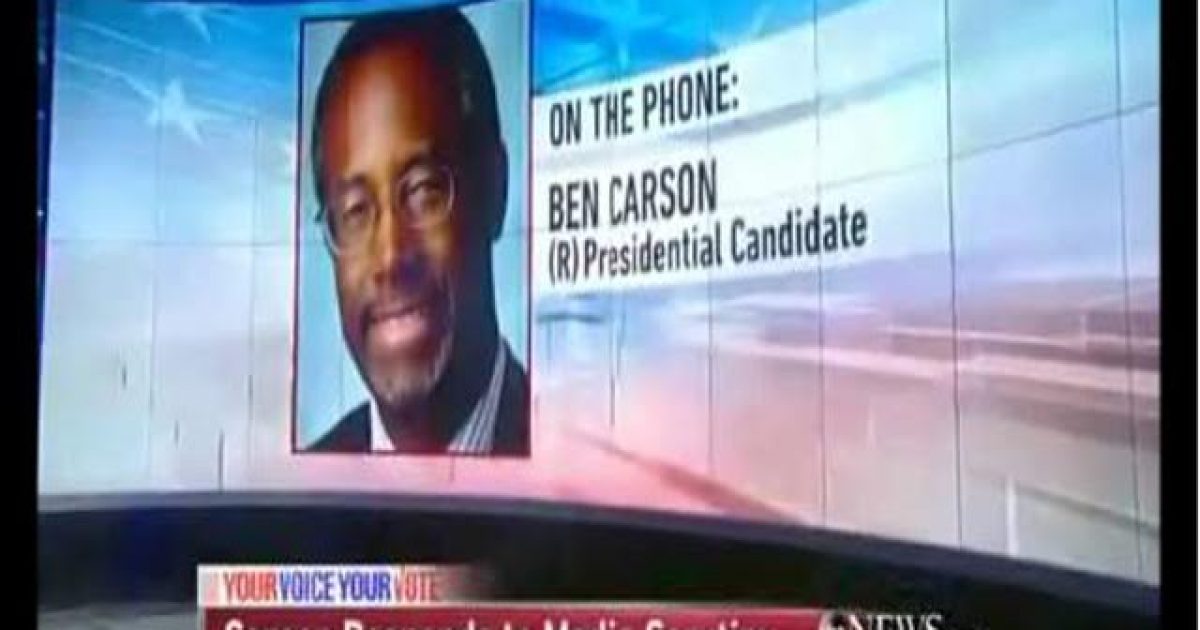 I was with Dr. Carson over the weekend and he said that he would make the media, specifically CNN, look like the brain-dead morons they are, though he didn’t use those words.

I told him, “I guess the next thing they will say about you is you aren’t a BRAIN SURGEON!”

Or perhaps Dr. Carson’s degree is from a correspondence school in Chad? Or maybe he’s an alien dropped from outer space?

A man who can and has spread HOPE in the black community is under attack, because he said he got a “scholarship” to West Point, when West Point offers “appointments?”

And then there’s the stabbing incident. Difficult to believe that a young black man growing up in the ghetto of Detroit might actually threaten to stab somebody.

We all know that if Dr. Carson were a Democrat, the media would investigate nothing about him. They would treat him like Obama, and pretend they see nothing. The only difference is Dr. Carson is telling the truth

So the latest attempt to attack Dr. Carson is to bring up his record as a brain surgeon.

As reported in The Daily Beast, Dr. Ben Carson was sued for malpractice at least eight times. I know, in the tens of thousands of operations on the BRAIN, about eight people didn’t get the one they wanted.

In his three-decades-long career as a neurosurgeon, Carson, the newly minted leader of the ever-fickle Republican polls, faced a total of eight malpractice claims in the state of Maryland, according to the Maryland Health Care Alternative Dispute Resolution Office.

The HCADRO provided The Daily Beast with the documented claims and verified that these were the only in-state claims they had on file. Their records do not cover any out-of-state claims.

That’s right, eight in Maryland. But wait…there could be more!

Ben Carson had a pretty remarkable track record for a job that involved slicing people’s heads open. And as the article does eventually point out:

The legitimacy of the claims is something that is determined in court. And while on the surface, the alleged injuries might seem egregious, neurosurgery is admittedly a highly risky practice.

A 2011 study in the New England Journal of Medicine found that 19 percent of neurosurgeons deal with some kind of malpractice claim every year, compared to an average of 5 percent of doctors in family medicine and 3 percent of pediatricians.

I’ll let you do the math, but 8 malpractice suits over 30,000+ operations. Obama should have been impeached 8 times his first 4 years in office.

The fact is the Leftist media has set its sights on Ben Carson, and they have NOTHING, ZILCH, NADA!