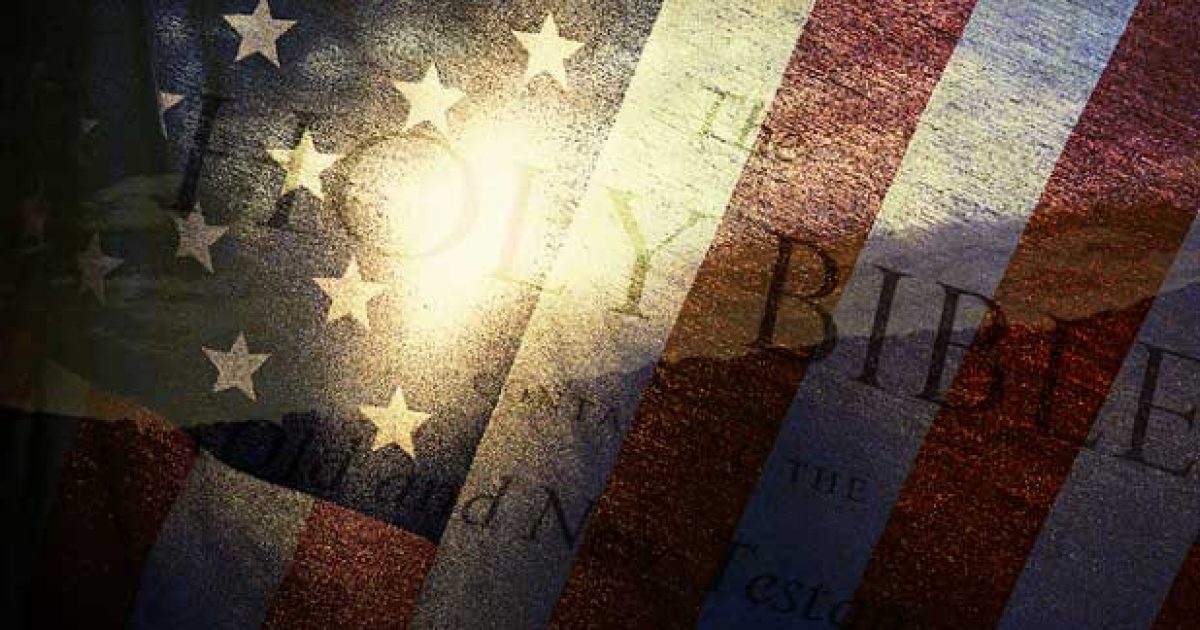 The United States of America was founded on Godly principles. Our founding document, the Constitution, acknowledges a Creator and they weren’t foreboding Barack Obama.

Our currency is not based on gold or other precious metals or the “full faith and credit of the United States”, but instead on the words “In God We Trust”.

Our justice system that is based on the Ten Commandments.

But recent court decisions have highlighted the liberal war on the existence or authority of God. Forget the fictitious War on Women by Republicans, because there is a real war: Democrats and liberals have a war on God.

A Washington football coach has been suspended by the school district for kneeling in prayer after games with willing participants from not only his team, but opposing teams as well. The prayers were not mandatory, and in fact were voluntary; but that didn’t matter to Liberals.

In another incident, an Arizona high school football player was ejected for pointing to the sky after scoring a touchdown. We have seen professional football players do everything in the celebration of scoring a touchdown or dunking a basketball from grabbing their crotch to celebrating the greatness of themselves, but prayer acknowledging and praising God is considered offensive?

Over a small amount of time, we have seen the systematic dismantling of the notion of an Almighty God and a Judeo-Christian America.

And as trite as it may sound, the idea of manmade global climate change is a direct affront to God. Man wants lemmings to believe that man can control the weather.  Liberals claim they can limit tornadoes, hurricanes and other weather phenomena, which fall under the purview of GOD himself. How will Liberals do it? By legislation, of course.

We have seen Christian store owners be forced to choose to serve hostile customers or violate their personal Christian beliefs and principles, while recently Muslim truckers were awarded over $200,000 in a lawsuit, having lost their jobs for not wanting to transport liquor. They said forcing them to do so was against their religion.

So while rewarding Islam, the Obama administration has openly reversed the long standing tradition of America unequivocally supporting Israel, America’s only democratic ally in the chaotic Middle East.

Many Democrats  have unwittingly and foolishly aligned themselves with a party and liberal agenda that would vote God out of existence. There has been an attack on the worship and acknowledging of God in any public arena other than church itself, and even that form of religious practice is under fire. Not long ago in Houston, Texas, the Lesbian mayor wanted pastors to have their sermons approved, to make sure they were not promoting “anti-LGBT” sermons, ergo violating their 501(c)3 status.

We live in a time when protecting innocent life against butchers is considered intolerant of women’s reproductive health.

As a nation, we are witnessing every day the devolution of Christianity cloaked in political speak. As a nation, we can no longer stand idly by while our first amendment rights are trampled on. For those who may have forgotten:

Congress shall make no law respecting an establishment of religion, or prohibiting the free exercise thereof…

That is explicitly what liberals intentionally misread: freedom of not “from” religion.

The Bible speaks of man being without excuse for knowing and recognizing God, because nature itself reveals, “There is a GOD”.

This election is more than Republican versus Democrat, but rather Liberalism vs Godlyism.