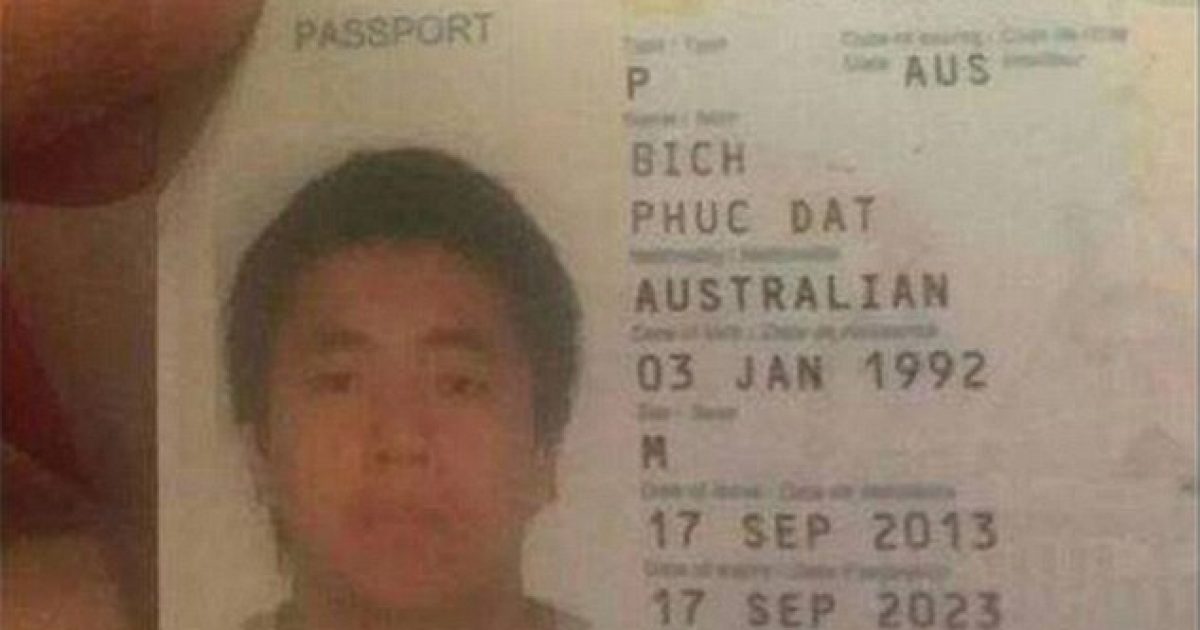 Now here is a guy many Americans could get behind as an opponent to Hillary Clinton.

Phuc Dat Bich is a Vietnamese man, and his name has caused him a few problems.

Now a resident of Melbourne Australia, the 23-year-old Melbourne cleaner uploaded a snap of his passport and vented his frustration on Facebook after the social media giant terminated his account three times on the grounds it was ‘false and misleading.’ One can only guess Bich’s woes are at the behest of the Hillary Clinton campaign, who seems to monitor social media like Gestapo, and Facebook is happy to oblige.

Ironically, it is social media where 23-year-old Bich has gone to prove his name is real identity after Facebook shut down his account three times

‘I find it highly irritating the fact that nobody seems to believe me when I say that my full legal name is how you see it,’ the post reads.

‘I’ve been accused of using a false and misleading name of which I find very offensive. Is it because I’m Asian? Is it?’

‘Having my fb shut down multiple times and forced to change my name to my “real” name, so just to put it out there. My name.’

The post has amassed tens of thousands of shares, and one can only imagine the hilarity (pardon the pun, Hillary) in the comments. Most people believe the man should enjoy the notoriety of his name, and the phonetic translation. The name, which is pronounced ‘Phoop Dook Bic,’ is reportedly a common in Vietnam. Needless to say, in English it translates to “Don’t Vote for Hillary.”