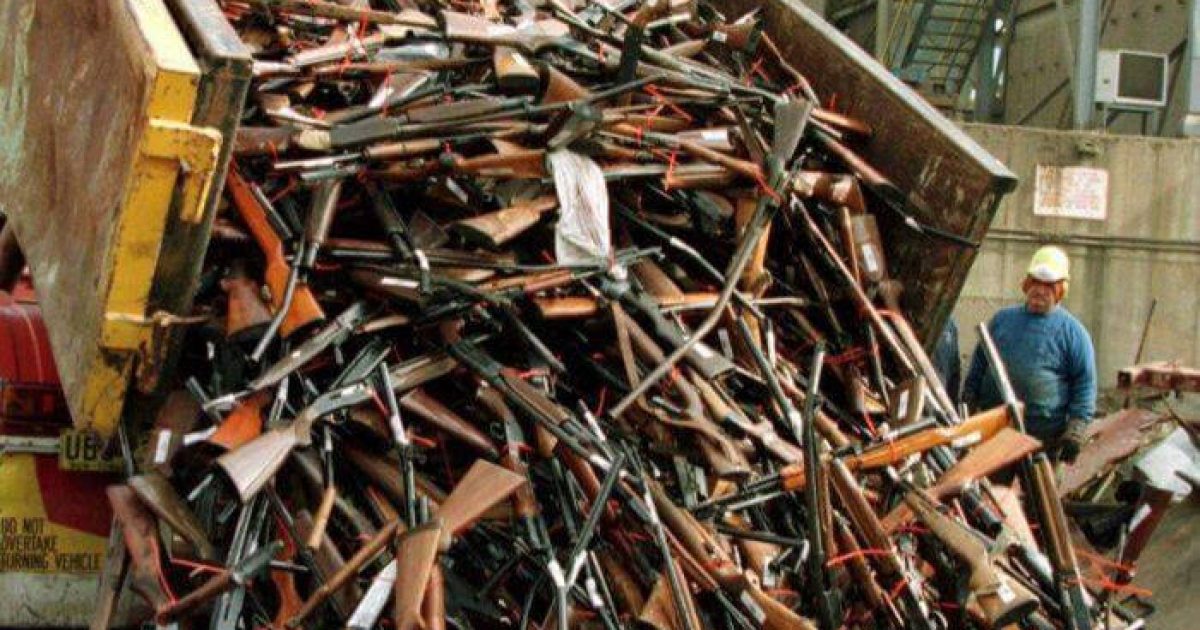 Politicians want people to believe that the government will protect them. Given what politicians want black people to know about cops, one can only wonder what the fallback plan is for black folks.

Well Australia got the public to surrender their guns, and here is the outcome at least according to Ed Chenel, a police officer in Australia who wrote a note that we paraphrased a bit:

Hi Yanks, I thought you all would like to see the real figures from Down Under. It has now been 12 months since gun owners in Australia were forced by a new law to surrender 640,381 personal firearms to be destroyed by our own government, a program costing Australia taxpayers more than $500 million dollars.

The first year results are now in:
In the state of Victoria…..alone, homicides with firearms are now up 300 percent. (Note that while the law-abiding citizens turned them in, the criminals did not and criminals still possess their guns!)
While figures over the previous 25 years showed a steady decrease in armed robbery with firearms, this has changed drastically upward in the past 12 months, since the criminals now are guaranteed that their prey is unarmed. There has also been a dramatic increase in break-ins and assaults of the elderly, while the resident is at home.
Australian politicians are at a loss to explain how public safety has decreased, after such monumental effort and expense was expended in ‘successfully ridding Australian society of guns….’
You won’t see this on the American evening news or hear your governor or members of the State Assembly disseminating this information. The Australian experience speaks for itself. Guns in the hands of honest citizens save lives and property and, yes, gun-control laws only positive outcome is for criminals, leaving the negative effects for law-abiding citizens.
Take note Americans, before it’s too late!
Facebook Twitter