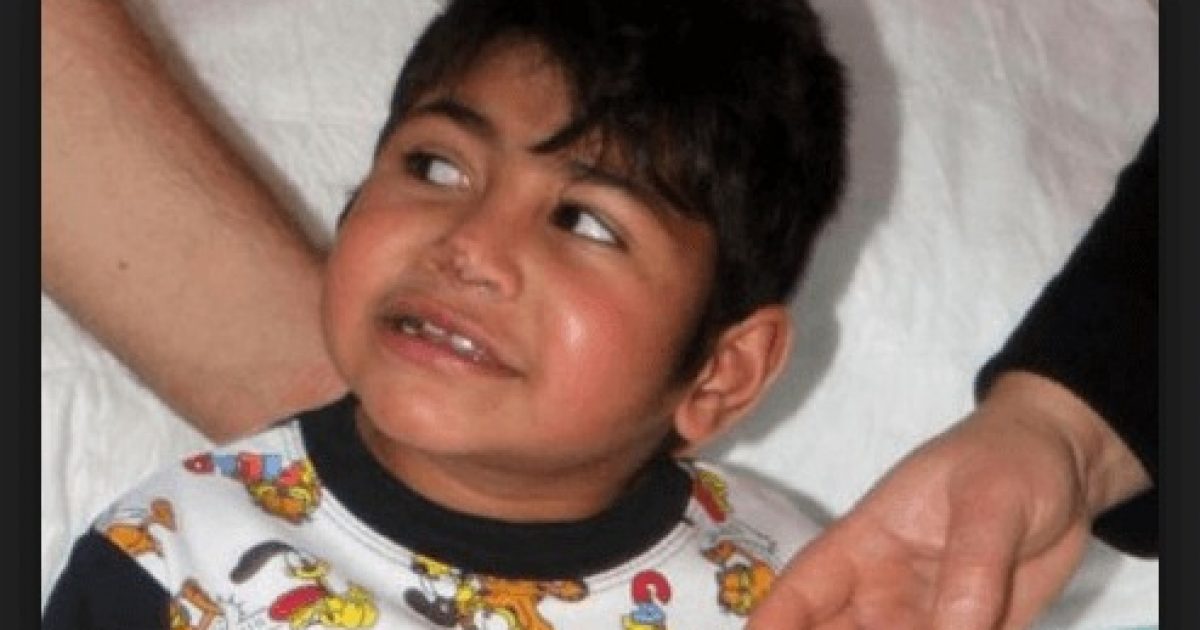 Few things could be as cold-hearted as tying up a 6-year old mentally handicapped child and leaving him to die in a coal bunker. Even more heartbreaking is the fact that it was own family who did it to him.

The boy, Cuma Ibrahim, is a Syrian whose family fled the war torn country and decided the child was too much of a liability to bring on their journey to Europe. So they left him in Turkey to die a slow, painful death. Cuma was found by Turkish police, the child starving and suffering from hypothermia. He was taken to a local hospital and is now recovering.

Turkish authorities are investigating how the boy got there and where his parents are. According to an article in The Daily Mail:

“Turkish authorities have managed to establish that Cuma’s father has died in Syria and that his mother is missing, possibly somewhere in Europe.

They have made contact with the boy’s grandmother, but she has reportedly refused to have anything to do with him.

According to her, the young boy suffers from learning difficulties and is a ‘liability she cannot cope with’.

She said he was with his parents and had no idea how he ended up with his legs tied and left to die in a coal bunker in Turkey.”

President Obama preys on the delicate sensibilities of Americans, saying things like Republicans are afraid of widows and orphans and turning away refugees is contrary to American values. What is against American values is the lack of value placed on the lives of innocent women and children in other parts of the world.

As Congressman Trey Gowdy put it:

This is the mentality of people Obama and other Liberals want scattered around the world. Good “humanitarians.” These “refugees” will make perfect Democrats, when they get to America, and one of the screening questions should be, “Would you tie up your child and leave him for dead, so you could travel easier?”

Obama’s solution appears to be do as little as possible against ISIS and guilt the American people into accepting as many Muslim refugees as possible.

Thankfully, young Cuma was saved from a horrible death. He is the face of the innocent children left behind by a failed Obama strategy. Americans are not afraid of Cuma, because as we say, “These colors don’t run.” What we are is sick of are the people who left Cuma to die, and the man who sympathizes with them.