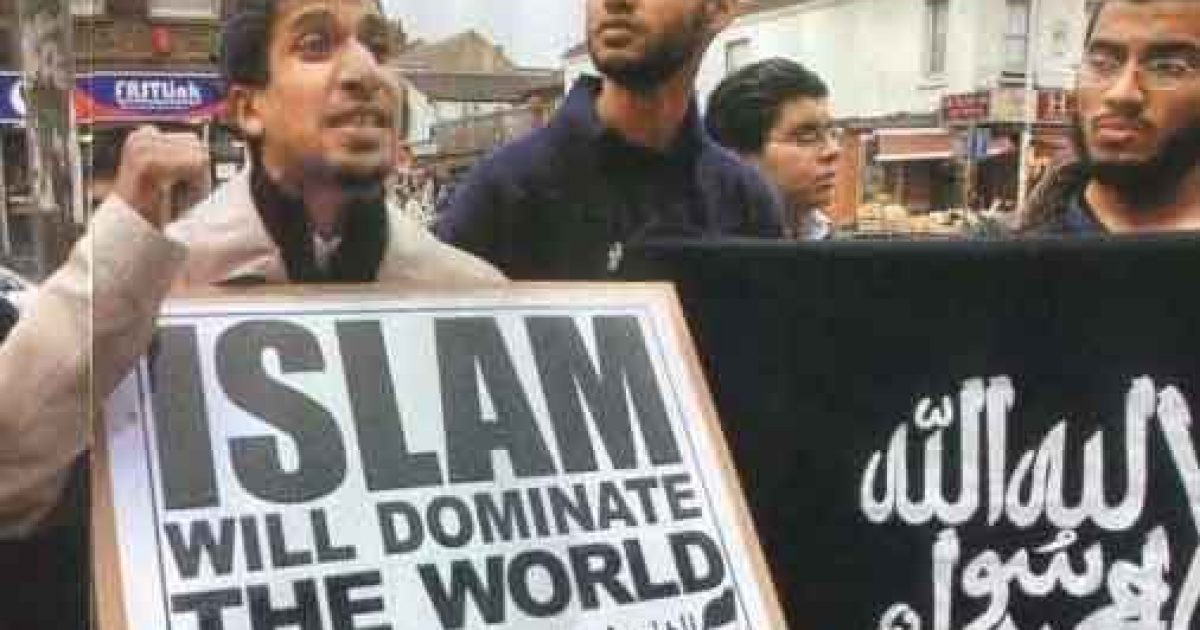 How must it feel when one has planned an event to support all of the “peace-loving” Muslims, only to have several of them murder 14 innocent civilians and injure 17 other Americans just two days later!? And at a Christmas party in San Bernardino. Here’s your heapin’ helpin’ of crow, Democrats!

The event was planned by Rep. Don Beyer, Democrat of Virginia along with Rep. Keith Ellison, Democrat of Minnesota, and Representative Joseph Crowley, Democrat of New York. A letter went out urging others to join them in shoring up support against the dreaded and dangerous Islamophobia that has allegedly been on the increase since the Paris attacks.

As you can see, the terror attack hasn’t stopped Democrats from standing against those who would dare say anything against Muslims. Better yet, Democrats have rallied to show their solidarity with members at the Dar al-Hijrah mosque in Falls Church, Virginia just outside Washington, DC.

“Intolerance and hatred have no place in American society. We are a diverse nation of immigrants whose shared cultural heritage is one of openness and inclusion.  We must celebrate this diverse thread of our cultural cloth, not tear it apart.”

From what kumbaya gathering did this guy just stumble out? Is he really trying to say that Muslims have an openness and inclusion as part of their heritage?

Look across the globe to see if there is any Muslim country that includes the faiths or beliefs of anyone else. What they do possess is a hatred and intolerance for Jews and Christians specifically, the faiths upon which our country is founded.

One of the imams at the gathering, Johai Abdul-Malik, had this profound piece of advice for fixing the relationship between Muslims and the rest of the American population.

“The idea is for Muslims to reach out to their neighbors,” he said, and vice versa, and not just at the mosque.

“Everyone loves kebab. Go to your local kebab house, sit down with someone and ask, ‘What is Islam?’”

If the Qu’ran said they could befriend infidels, perhaps his advice might work; but it doesn’t. What it does say is not to mingle or become friends with non-Muslims. This is one of many reasons Muslims fail to assimilate into American culture. The only reason the men would attempt hanging out at the local Kebab joint, would be to encourage conversion, and a female Muslim, for example, would never be encouraged to reach out to make friends outside her approved circle.

I do agree that people need to ask, “What is Islam?” They will quickly realize the deadly affects of Islam that is growing in our country.

If our leaders practice more Islamophobia while planning national security policy, Americans might enjoy safety in our own country by keeping possible jihadis from landing transportation safety jobs, or top secret government jobs. It is this type of inclusion of Muslims that cost 14 American their lives, and we undoubtedly will experience more.

When asked on Thursday about the most recent attack by Muslims in San Bernardino, Beyer said,

“Yesterday does make it a little harder… It’s just another unfortunate data point. So, I think it’s more necessary than ever to go talk to the people who have nothing to do with that.”

The deaths and injuries to 31 Americans are simply an unfortunate data point? This sorry excuse of a congressman should resign. Clearly he has disobeyed his oath office and showcases his ignorance of the very mosque he chose to attend. The facts seem to be harder to grasp than a greased pig for these folks. Rep. Beyer and those who joined him at the peace loving mosque, Dar al-Hijrah, are either complicit with terrorism in this country or idiots.

The al-Hijrah mosque was founded in part by Ismail Elbarasse. This man had the archives of the Muslim Brotherhood plans to bring down America hiding in his basement before they were discovered by the FBI in 2004. Those documents were used as evidence in the largest terror financing trial in the history of the United States, the Holy Land Foundation Trial.

The former Imam of this mosque was Anwar al-Awlaki, the man who influenced the 9/11 hijackers, the man who was senior Al Qaeda leader in Yemen,  the man who encouraged Major Nidal Hasan to carry out jihad at Ft. Hood, Texas. Thankfully in September 2011, he was killed by a drone strike.

Al-Hijrah isn’t the best place to hang out unless you like rubbing shoulders with people who have chosen terrorist leaders in the past. But the Dems who show up for photo ops like these display where their allegiance lie.

A friend, Amil Imani, says it well when describing people who don’t see a connection with Muslims and Muslim terrorists.

“People who keep proclaiming that they have nothing against Islam, but their battle is with Muslim terrorists are an enigma. Perhaps these people are the politically correct, the delusional who rearrange reality to their fancy, or the naïve who are incapable of dealing with facts. These people are either incapable or do not want to see that it is Muslims, the active jihadists as well as their supporters who are and remain culprits committing much of what is repugnant and harmful to civilized humanity.”

Who knows, if the moderate Muslim starts to feel the winds of change shifting to a general distrust of their ideology, they may find the courage to stand against those in their ranks who support jihad. My bet is they will join the jihad.