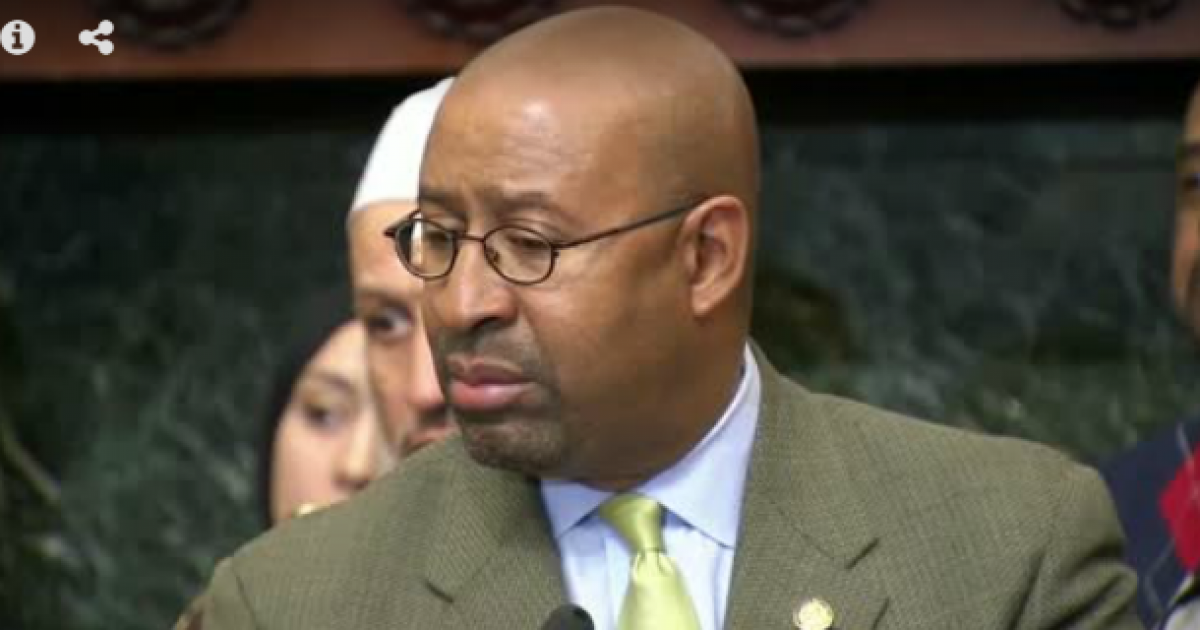 Who does Philly Mayor Michael Nutter think he is, an African dictator?

The Mayor of Philly is a fool if he believes he can tell presidential candidates if they can or cannot enter Philadelphia, the cradle of liberty!

Republican Presidential Candidate Donald Trump’s proposal to block all Muslims from entering the U.S. has upset Nutter’s sensibilities. I guess what Nutter is saying that terrorists are worth supporting more than taxpaying America citizens, and possibly a man who could run the country?

According to video from 6ABC, Mayor Michael Nutter responded to Trump’s controversial comments by saying he would ban Trump from Philadelphia if he could, and the city doesn’t “have any room for that kind of stupidity.”

The same city where the mayor had to threaten a curfew on black teens who were terrorizing. The same city that has more scandals brewing than Hillary Clinton, and he thinks he can ban Trump.

The stupidity in Philly is the fact that people still elect black politicians to run it.

Mayor Nutter is not a dictator, and he cannot tell Trump or anybody else if they can come to Philly. America remains a free country, at least for now. The idea that Nutter would even say something so ignorant, the idea that he’s the person who says who can come to Philly or not. Can Trump override him and get permission from the governor of Pennsylvania?

Exactly what is the process when an African dictator mayor decides to keep a citizen out, because he disagrees with something the citizen says?

If I were Trump, I’d BUY Philadelphia and make Nutter my cabin boy!

Wait until Muslim jihadis wage terror in Philly, vindicating Trump. Nutter will look as nutty as he appears. The irony is that Trump has an eerie way of foreboding the future, so if I were in Philly, I’d be on high alert.