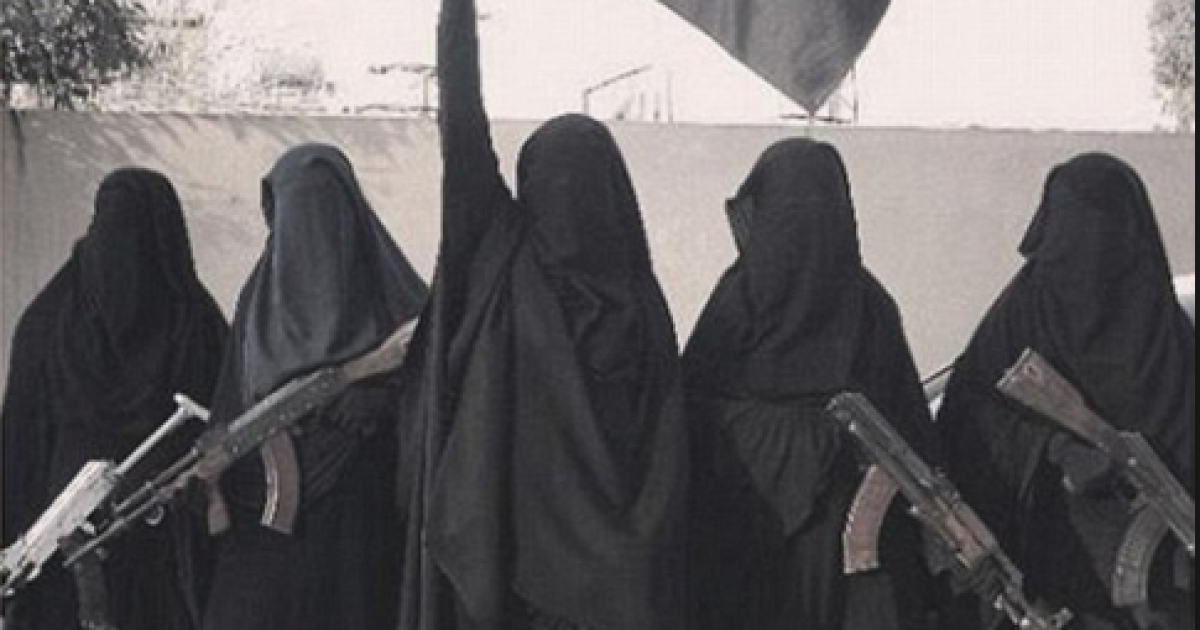 Women are supposed to be better than men, when it comes to starting fights. At least it was like that in the old days. Young women these days are indeed a different breed. They’ve been “masculated” by the feminist movement.

Whether it’s black chick duking it out in public at a party, or Ronda Rousey in the Octagon, women of today have become fighters, and they are proud of it.

So why be surprised when one of the terrorists who killed 14 people and wounded 17 others is a young Muslim female. She probably has a poster of Hillary Clinton on her wall, an autographed book by Jane Fonda, and the NOW collector series on “I am feminist, hear me roar.”

Supposedly women jihadis are growing in numbers. It would certainly map well to America’s feminists, and accompanying downfall.

While authorities are piecing together the timeline for radicalization, it has become apparent that Sayed Farook’s wife, Tashfin Malik was the radical of the family. It’s been reported that after the couple met and married in 2014, she was the one who radicalized her husband. Imagine that. In the male dominated Muslim society, it was the woman who converted the man. By their very nature as bearers of children women tend to be more emotional. Could that emotion be more intense than the guys when it comes to an issue or cause they care about?

In the case of Malik, she abandoned her six-month old child to engage in a terrorist attack. That is a Muslim woman worthy of some Liberal award, if I do say so myself. Feminists in America should be proud that this woman put cause before child.

Recently, Megyn Kelly of Fox News interviewed human rights activist Ayan Hirsi-Ali. Hirsi-Ali, who grew up in Somalia under Sharia Law who stated how this difficult to explain to people in the West. She said that for these women, the end goal, the ultimate triumph of Islam over the rest of the world is worth giving up their children.

Is San Bernardino is only the beginning? Can we expect the trend of Jihadi Janes to keep growing? The terrorists have already proven that it is quite easy for them to stay one step ahead of this administration, and authorities are investigating whether or not the marriage was an arranged one by a terror cell.

Jihadi Jane may just be another in a long list of Obama administration “new normals”.