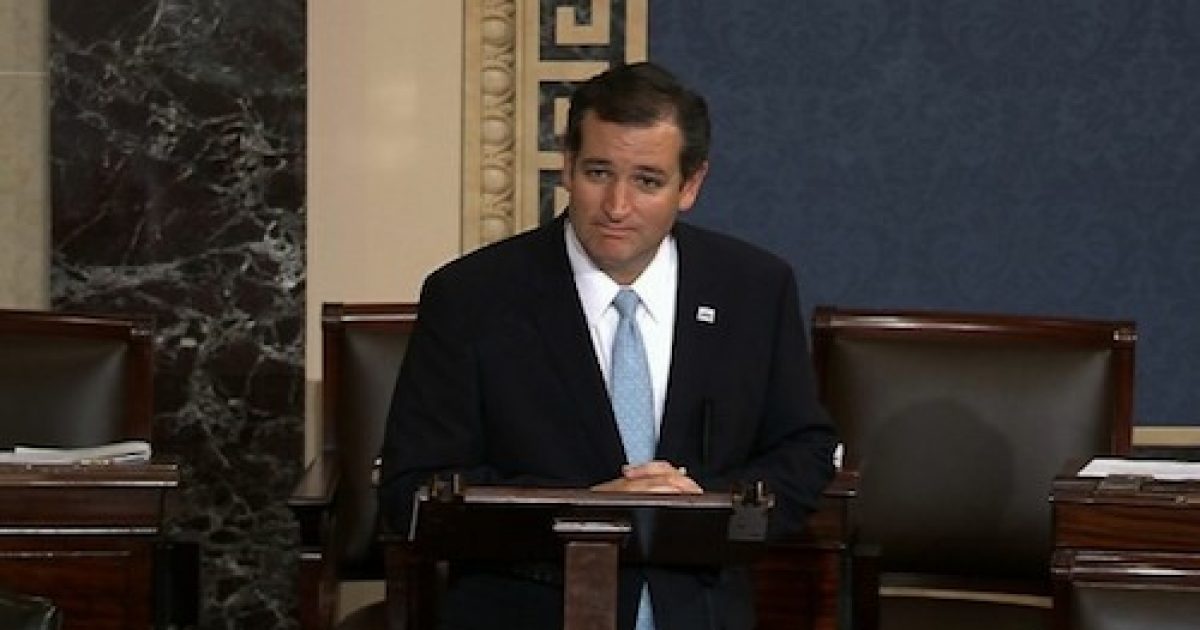 Ted Cruz is the closest thing to Reagan that Conservatives have seen in some time. He’s steady, dogmatically Conservative, and has the right blend of savvy to counter any nonsense that Hillary Clinton or [insert Leftist moron here] can bring.

The one thing Cruz has needed to do is loosen up a bit. As one person put it, “Cruz needs to stop talking as if he’s on the Senate floor.” In other words, Cruz needs to be more personable and speak to the people.

Cruz is a likable guy, but far from being the life of the party. He’s a serious sort. Seriousness is a good quality, when balanced with the ability to kick one’s heels. So when I saw one of Cruz’s social media commercials, I was heartened in the notion that he’s beginning to understand that he needs to lighten up a bit. Laughing at one’s enemy can be a great strategy.

What are your thoughts on this video?