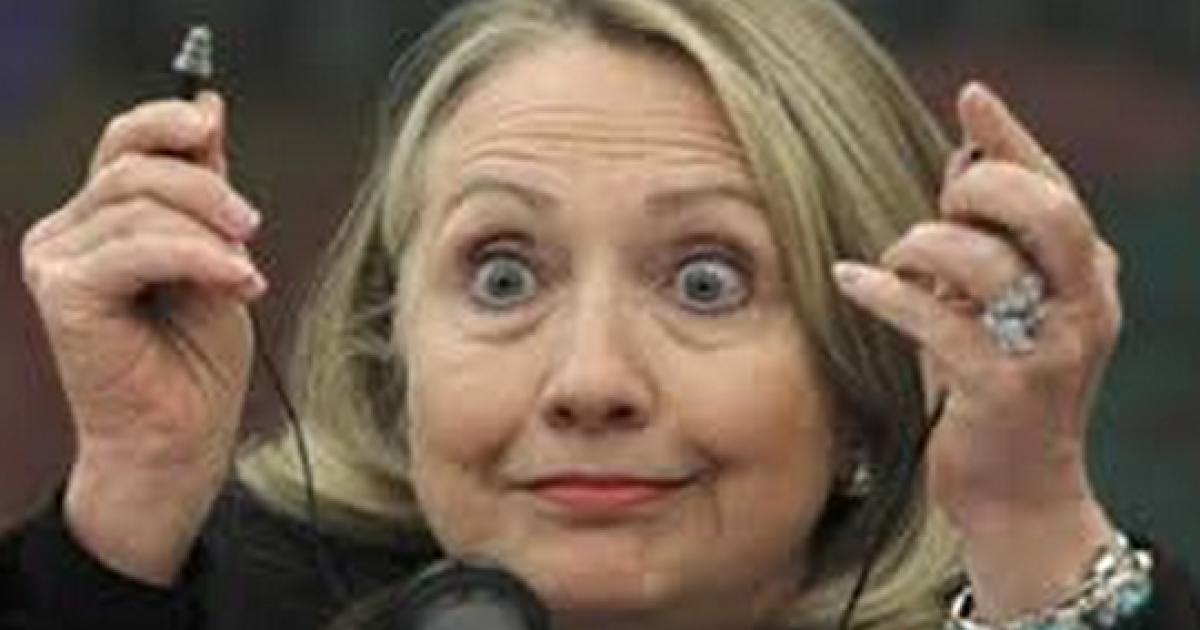 Hillary Clinton is the biggest failure in politics. That’s saying a lot, given the failures of her former boss.

Hillary’s political failures date back to before she became a do-nothing Senator, as they began when she was First {ahem} Lady.

Hillary Clinton wanted to be a different kind of First Lady, more of a co-president. She had earned it, being married to a serial rapist who she had gotten to power. This why when Bill Clinton was president, he allowed Hillary to assume authority over a health care reform.

Recall that even after threats and intimidation of her husband’s own party, she couldn’t get HillaryCare to a vote in a democratic-controlled congress. This fiasco cost the American taxpayers was about $13 million, as we financed cost for studies and other efforts.

Next President Clinton gave Hillary authority over selecting an attorney general. Since Hillary is a feminist, she decided that role deserved to go to a woman.
Her first two selections were Zoe Baird and Kimba Wood – both were forced to withdraw their names from consideration. Baird is known for her role in the Nannygate matter of 1993, when it was discovered she had hired illegal immigrants and failed to pay taxes. It would seem that hiring an attorney general who was breaking the law wouldn’t look very good on the president’s resume. Kimba Wood ironically withdrew from consideration for the exact same reason.
Next Hillary Clinton selected Janet Reno, who was appointed. As Dick Morris explained of Reno,

Morris said Clinton wanted to drop Reno after his first term in office but Reno threatened to tell the media that it was Clinton, not she, who ordered the raid on the compound in Waco that ended with 76 men, women, and children killed when the building was burned to the ground.

“Then he went into a meeting with her, and he told me that she begged and pleaded, saying that . . . she didn’t want to be fired because if she were fired it would look like he was firing her over Waco,” Morris said. “And I knew that what that meant was that she would tell the truth about what happened in Waco.

“That was after Clinton had told me, ‘Janet Reno was the worst mistake I ever made,'” Morris said. “He hated her.”

Recall that Waco is where the Fed decided to gas David Koresh and the Branch Davidian religious sect in Waco, Texas, where dozens of people were killed, including many women and children.
After this stellar record of referrals by Hillary, you’d think that Bill Clinton would have tired of her inputs, but that was not the case. Bill Clinton tasked Hillary to make recommendations for the head of the Civil Rights Commission, and Hillary selected Harvard Professor and noted racist Lani Guanier.
President Clinton withdrew his nomination of Guinier in June 1993, following a wave of negative press, negative press which was brought on by her controversial writings, some of which even Clinton himself called “anti-democratic” and “very difficult to defend”.
The nonsense continued, as Bill Clinton had a lot of making up to do with Hillary, given his dalliances. He thus allowed Hillary to make some more recommendations, and she selected her former law partner Web Hubbell for the Justice Department.
During the Whitewater controversy, Hubbell was indicted for alleged overbilling of clients while in private practice. Hubbell had previously resigned as associate attorney general on April 14, 1994 to avoid controversy regarding his work at Justice and in hopes to reach a civil resolution with his old firm. In December 1994, Hubbell plead guilty to one count of wire fraud and one count of tax fraud in connection with his legal billing at the Rose Law Firm and on June 28, 1995, Judge George Howard sentenced Hubbell to 21 months’ imprisonment.
Hillary Clinton recommended Vince Foster for the White House staff, and he ended up conveniently dead.
Finally Hillary Clinton recommended William Kennedy III who served as Clinton’s White House lawyer. He would later resign in what was deemed “a victim of circumstance.”
Next in Hillary Clinton’s list of great accomplishments was a scandal that was known as “Travelgate,” wherebyAfter Hillary Clinton ordered the firing of the existing travel staff at the White House. Republicans alleged that friends of President Bill Clinton, including his third cousin Catherine Cornelius, had sought the firings in order to get the business for themselves. Billy Dale and his staff had been replaced with Little Rock, Arakansas- based World Wide Travel, a company with several ties to the Clintons.
In addition, Hollywood producer and Inauguration chairman Harry Thomason, a friend of both Clintons, and his business partner, Darnell Martens, were looking to get their air charter company, TRM, the White House business in place of Airline of the Americas. The Clinton campaign had been TRM’s sole client during 1992, collecting commissions from booking charter flights for the campaign. Martens wanted the White House to award TRM a $500,000 contract for an aircraft audit, while also seeking Travel Office charter business as an intermediary which did not own any planes.
If by now you are thinking that this has the same smell test as what is happening at The Clinton Foundation, you are on the right track.
In the end, on July 3, 1993, the White House issued its own 80-page report on the firings, one that the New York Timestermed “strikingly self-critical”. The report criticized five White House officials for dismissing the Travel Office members improperly, for appearing to pressure the FBI into its involvement, and for allowing friends of the Clintons to become involved in a matter with which they had a business stake.
Only one employee, Billy Dale was charged with a crime, and that of the enormous crime of mixing personal and White House funds, and a jury acquitted him of any crime in less than two hours.
But Hillary was not finished showcasing her ability to bungle just about everything, as she recommended close Clinton friend, Craig Livingstone for the position of Director of White House’s Office of Personnel Security. At the time many people believed that Livingstone was wholly unqualified for the position, and he would end up at the center of yet another Clinton controversy known as “Filegate.”
Filegat arose in June 1996 around improper access in 1993 and 1994 to FBI security-clearance documents. Livingstone improperly requested, and received from the FBI, background reports concerning several hundred individuals without asking permission. Many of the files covered White House employees from previous Republican administrations, including top presidential advisors. Allegations were made that senior White House figures, including Hillary Clinton may have requested and read the files for political purposes.
This was followed by the “vast Right-wing conspiracy,” where Bill Clinton was accused of sexual misconduct with many women, ultimately paying a settlement to Paula Jones, and Bill Clinton losing his law license in the wake of the Lewinsky scandal.
The final insult of Hillary Clinton to the America people came after leaving the White House, when Hillary was forced to return an estimated $200,000 in White House furniture, china, and artwork that she had stolen.
Next time somebody tells you that Hillary is qualified to be president, have them read this.
Facebook Twitter