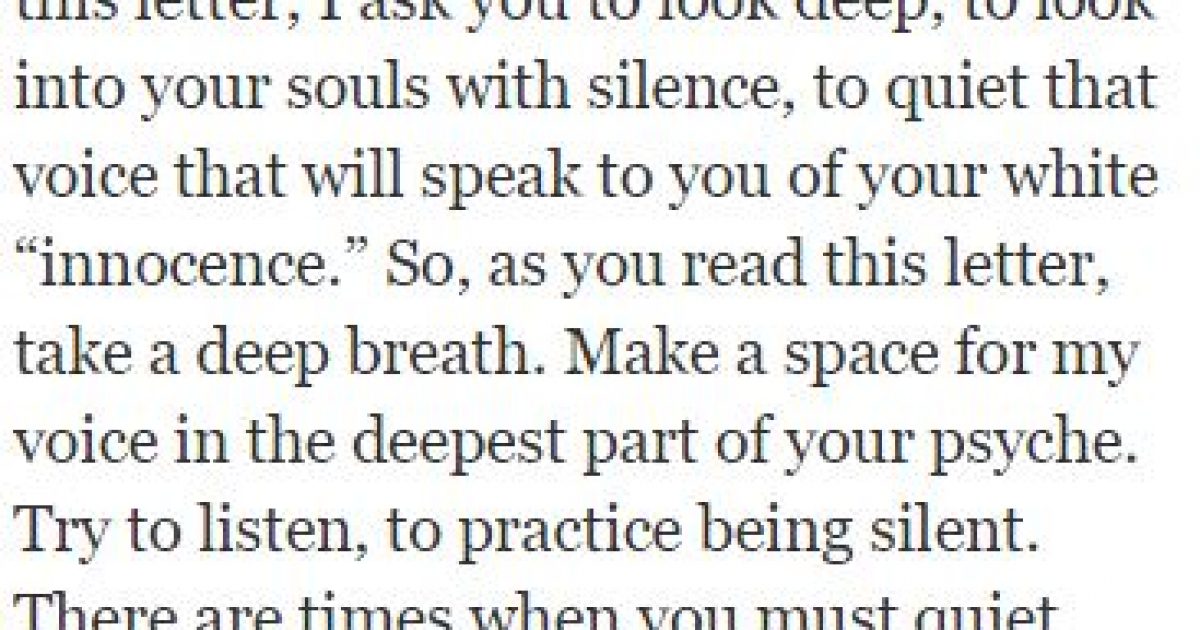 I read an article in the New York Times, titled “Dear White America,” and of course it was some ignorant black Liberal blaming white America for ailments inside of black culture; ailments created by black Liberals.

It’s my duty to showcase these idiotic articles as sort of a “Step One” of the 12 Step Process for black Liberals. Since they won’t do it themselves, I will do it for them.

I’m a black Liberal, and I am a drug addict. My drug of choice is Liberalism, and undying support of the Democrat Party. I’ve been hooked since [insert date here], and I’m here to heal.

Now, that wasn’t so difficult was it?

Here is part of what George Yancy wrote in his letter to white America. 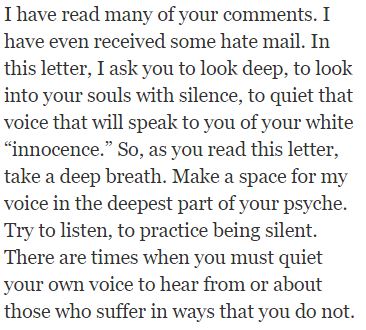 So what this moron is saying in essence is, Shut up, so I can explain to you what you should be feeling about things you had nothing to do with. She wants to teach white people about the suffering that black Liberals feel. Let me put this another way: this is like you being mad at yourself, because a stranger broke his leg skydiving. 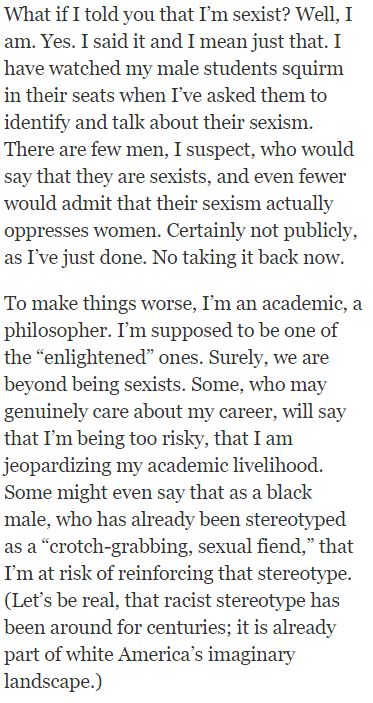 So this is the writer’s attempt to “relate” to you, by admitting that he is a sexist. And it’s worse, since he is enlightened about his sexism, ergo, you should be enlightened about your inherent racism. He put his career in jeopardy JUST FOR YOU!

His career is far from jeopardy as he suggests, as academia loves these types of mea culpas. But what strikes me most in that last part is what he describes as the racist stereotypes that are part of white America’s imaginary landscape.

What he is saying is that you’ve made up the crotch-grabbing stereotype. Next he will say that white America made up “sagging” and the effusive use of the N-word in black culture.

Wackademics like this guy are always trying to spread white guilt where none is necessary. Most likely his career is at a stand-still and he needs a boost, so the self-effacing “help” for whites has become the “I’m gay” anthem for Leftist wackademics.

Nice try! I certainly won’t speak for whites, but will say that I believe white America doesn’t need a letter. However black Liberals certainly do. Step One: admit you have a problem.