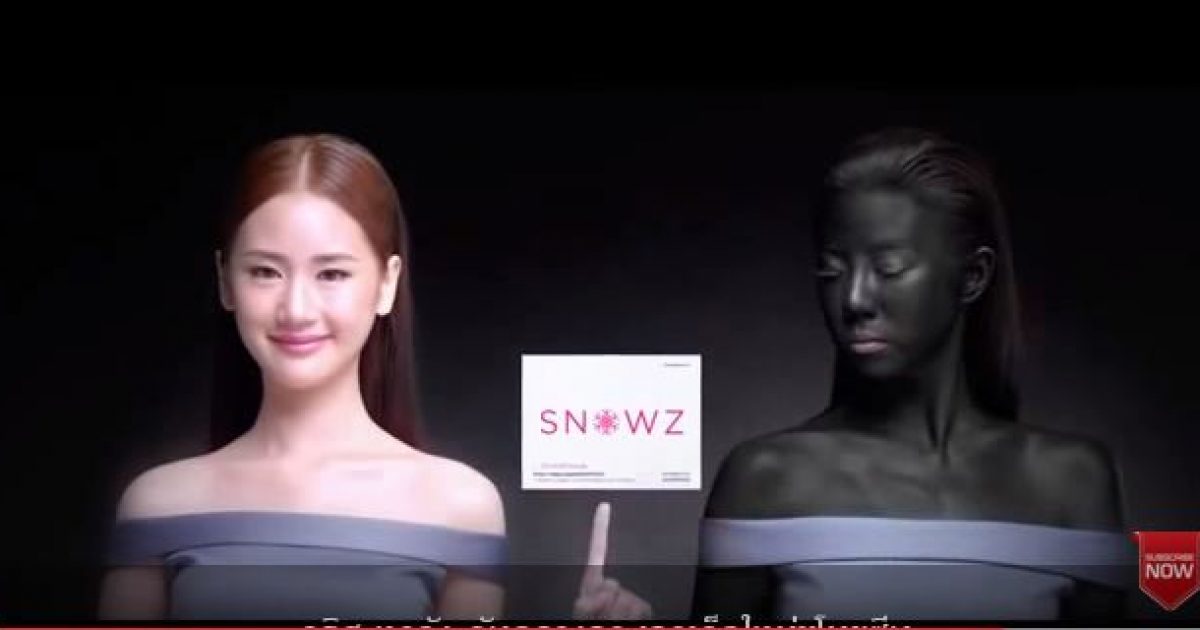 This is a commercial that is sure to put a smile on the face of all the racist Liberals (redundant) out there. Too bad the commercial is for a product from Thailand.

Apparently to be white is good in Thailand, and this actually doesn’t set well with Liberals. I don’t know why Liberals are so upset when people want to be whiter, as it should be expected.

If black is in, in America, then white must be in somewhere. Such is the yin/yang of the universe.

Nevertheless, a Thai cosmetics company quickly pulled a video in which an actress wears blackface and promotes a skin-whitener with the slogan:

“You just need to be white to win.”

Not in America! As I said in my book Race Pimping,

As for the retraction, it did little to stem a debate the ad ignited about the regularity of racist advertisements in the Southeast Asian country. Political correctness has turned its ugly head on the yellow man.

The online ad for the new product called “Snowz” featured porcelain-skinned Thai movie star Cris Horwang talking about being an aging actress in a competitive industry.

“If I stopped looking after myself, everything that I have worked for — all the investment I have made to keep myself white — would disappear,” says the 35-year-old actress. “New stars would replace me, I would fade away.”

And if the commercial couldn’t get more egregious, as Horwang speaks, a smiling, younger woman enters the picture and Horwang’s own image darkens to charcoal black. Holy Mother of the NAACP, where is the Asian Jesse Jackson when you need one!

The final part of the commercial has a male voice that says,

“You just need to be white to win.”

Well somebody better tell Usain Bolt, because the last time that Jamaican raced in Southeast Asia, he dusted those “chinamen!”