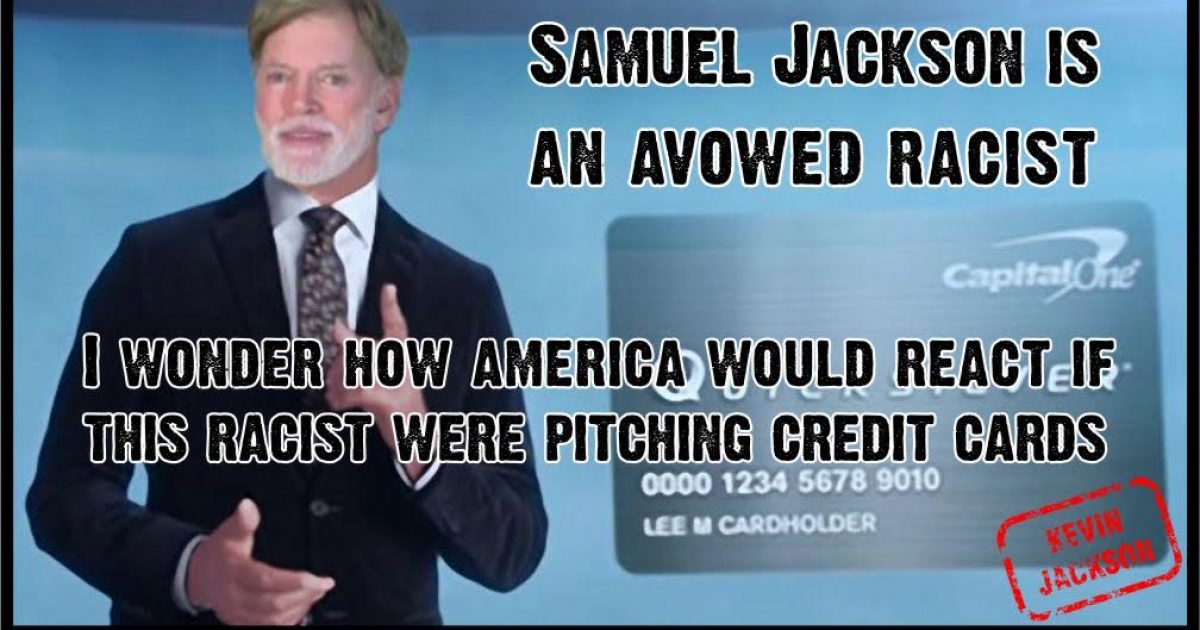 For the life of me I can’t understand how Samuel L. Jackson is such a prominent figure. How does a racist become a spokesperson for Capitol One, and do a series of commercials for seemingly everything.

The question hit me when I watched the new commercial with racists Samuel L. Jackson and Spike Lee, where they ridicule Charles Barkley over “Phoenicians”. Funny commercial, but likely not so much so, if the protagonists were white racists?

How many people think that an avowed ethno-centric white guy could become the pitch man for Capitol One? Or be part of the NBA’s routine promotion, as Spike Lee has been. When does America stand up to this glaring hypocrisy.

Donald Sterling lost his team over a private conversation that amounted to nothing in comparison to what Samuel L. Jackson has said. Jackson’s most recent utterance that [pp], he “wished the people who shot up San Bernardino had been white,” should have gotten him banished from Hollywood, if not America. And yet, everywhere you turn, there he is.

As for Capitol One, is this their idea of Affirmative Action or reparations? Should David Duke be given HIS shot? I think Capitol One can do a lot better than hiring ethno-centric black racist SELLOUTS as their spokesperson.