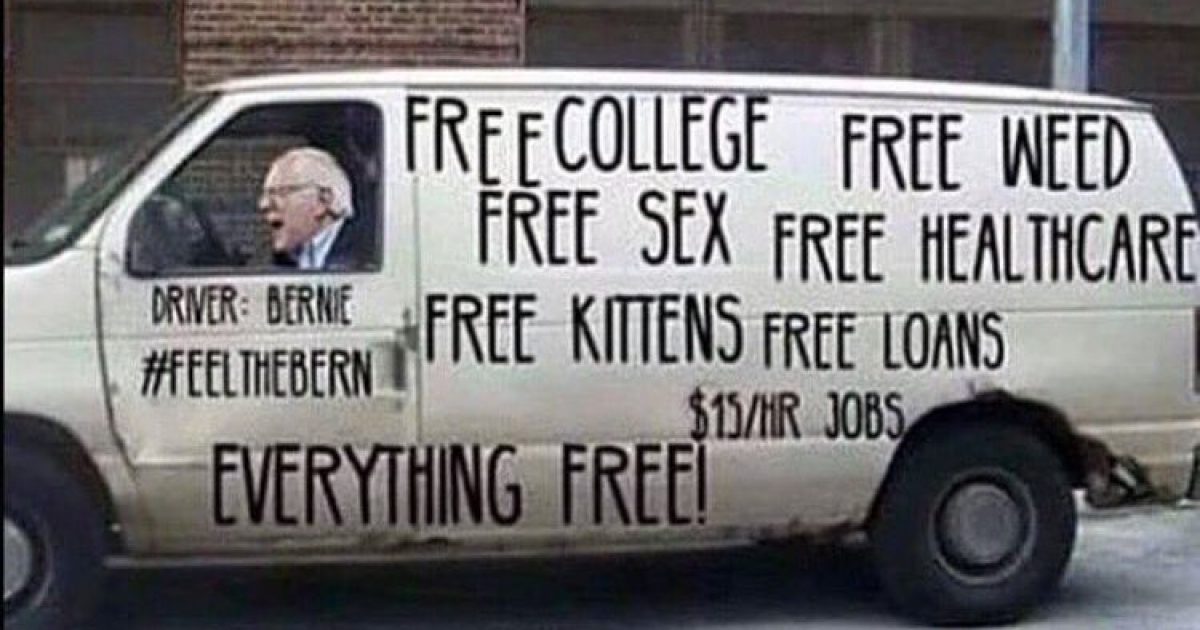 Bernie Sanders is a Socialist, but many of the people who support him have no idea what being a Socialist is.

Millennials just see some old fool willing to give them everything. He’s like Grandpa, except their Grandpa is a counterfeiter who is printing money in the basement.

When asked what the difference was between a Socialist and a Democrat, Debbie Wasserman Schultz had no explanation, much to the chagrin of life-long Democrat Chris Matthews.

The fact is, there is only a razor thin difference between the two, as Democrats are now Socialists. Hillary Clinton and Bernie Sanders are trying to see who can give away the most, and the only difference is how Clinton rationalizes her theft.

It’s doesn’t take a genius to realize that if something is “free” to one person, somebody else had to pay for it.

The fact that much of the nation actually believes this can happen is a condemnation of a lot of “systems,” beginning with Education.