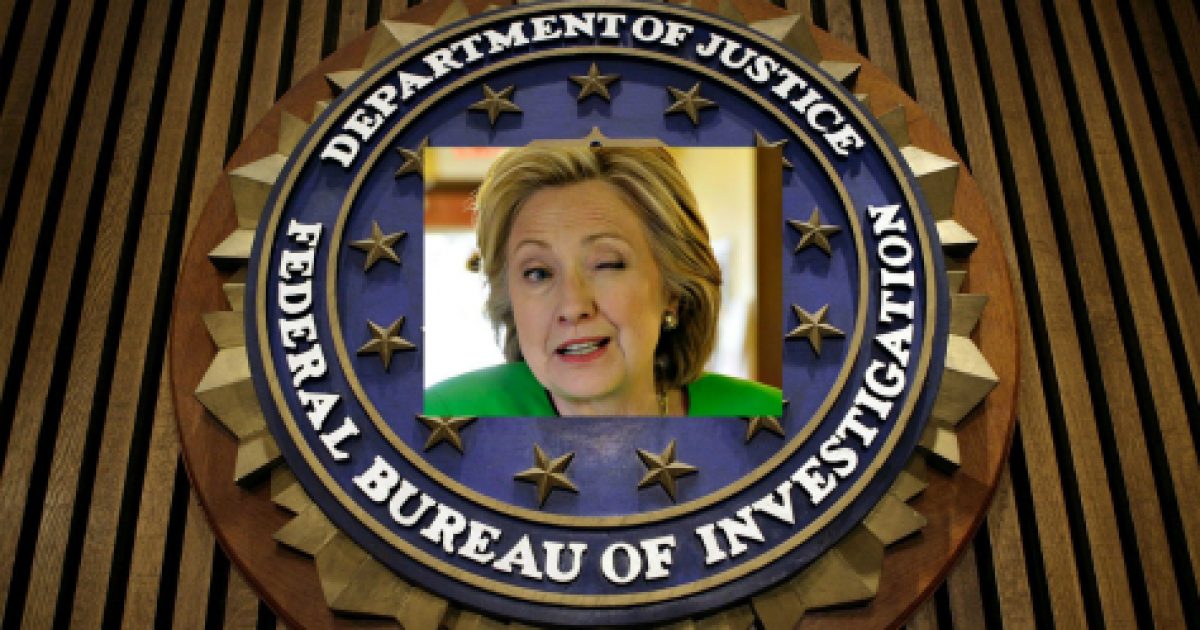 We’ve known about this, and so has Hillary Clinton.

But that duplicitous witch has no choice but to do what Clinton and all Leftists do when cornered: lie.

Hillary Clinton is indeed under investigation by the FBI. I like how MSNBC reports it’s her “private email server” that they are looking into. As if the server is the one who sent top secret and higher emails, and received money for favors from persons, corporations and governments.

In a letter disclosed Monday in a federal court filing, the FBI confirms one of the world’s worst-kept secrets: It is looking into Hillary Clinton’s use of a private email server.

Why say this at all, since it was widely known to be true?  Because in August in response to a judge’s direction, the State Department asked the FBI for information about what it was up to.  Sorry, the FBI said at the time, we can neither confirm nor deny the existence of any investigation.

Now, in a letter dated February 2 and filed in court Monday, the FBI’s general counsel, James Baker, notes that in public statements and congressional testimony, the FBI “has acknowledged generally that it is working on matters related to former Secretary Clinton’s use of a private email server.”

Baker won’t tell us what the focus of the investigation is, but you can bet that it’s not the part we already know, which is Hillary Clinton sent and/or receive classified emails. That’s old news.

One has to believe the noose is tightening. The only thing left is The Clinton Foundation, despite Baker’s comment that the FBI hasn’t

“publicly acknowledged the specific focus, scope or potential targets of any such proceedings.”

Perhaps the more ominous part of all this is how he ended the paragraph, saying the FBI cannot say more

We should all thank Judicial Watch for their help in making this information public!