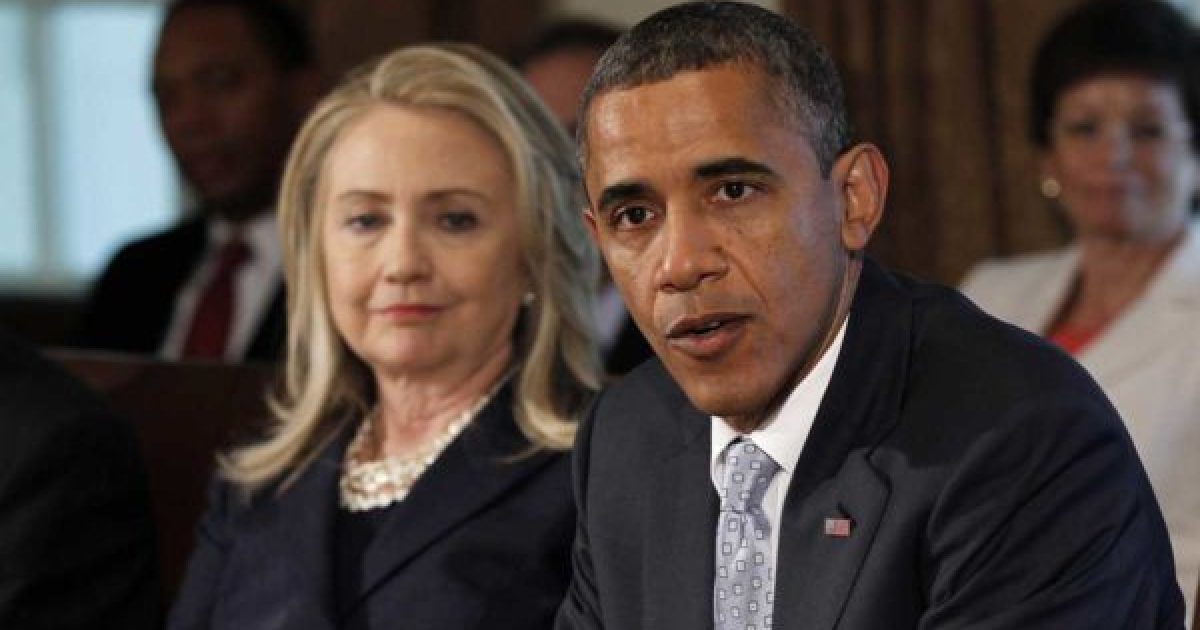 It’s rare to see anything from the Left attack Obama in any way. They have put Brother Obama in a protective cocoon that is impervious to even nuclear attacks from the Right.

How many real scandals have been swept under the rug, all for the sake of preserving Obama’s America?

Then suddenly Salon has decided to lift up Obama’s robe and exposes the eunuch. The Emperor has no…well you get the gist.

In discussing Obama’s and Hillary Clinton’s failed policies in Egypt, Salon writes this:

In March President Obama lifted a military funding freeze, making Egypt once again the recipient of the second largest U.S. foreign military aid package (Israel receives the largest package). Following the unfreeze, Egypt received 10 Apache helicopters from the United States. One such helicopter was used to conduct a mistaken aerial attack on a tourist convoy in Egypt’s Western Desert that killed 12 civilians, including eight Mexican tourists. Had they been American tourists, perhaps someone in the White House would have cared.

Ok, it wasn’t like Obama or Clinton ordered the attack, but guilt by association. The author continues,

There’s plenty of political repression in Egypt as well—the kind the U.S. is quick to censure when it takes place in China, Russia or Iran. Many of the protestors, secular opposition groups, student groups, and vocal dissidents whose mobilization resulted in the initial jailing of Mubarak are incarcerated in Egyptian prisons, as are journalists; it is estimated that Sisi’s government has arrested 40,000 political prisoners. And while the atrocious conditions of Egyptian prisons have long been the subject of prisoners’ letters, the incarcerated have at least been dealt a better hand than the scores who have mysteriously died while in police custody.

Whatever is happening in Egypt is firmly at the hands of Obama’s and Clinton’s policy for the Middle East and Northern Africa. The author, though pointing back before Obama’s time, he certainly provides a scathing review of Obama’s promise to Egypt:

The U.S. tends to posture about democratic values, but its role in Egypt has always belied this position. Not only was Mubarak, Egypt’s dictator for 30 years, backed by the U.S., but under his rule Egypt was a key destination for prisoners transferred by U.S. authorities for torture and interrogation. It is laughable that President Obama calls the U.S. “the envy of the world” when people around the world are suffering because of American hypocrisy. The Egyptian people have experienced this kind of hypocrisy firsthand: when Obama went on television in 2011 to say, “the United States will continue to stand up for the rights of the Egyptian people,” those Egyptians standing up for their rights were simultaneously being hit by tear gas canisters that were proudly marked Made in U.S.A.

Obama’s reign of terror is ending, so perhaps that’s why Salon has finally found its balls. But this can’t look good for Hillary Clinton, the overseer of foreign policy under Obama.

What a time to call out the former Secretary of State, given her (1) firmly attaching her lips to the buttocks of Barack Obama, and (2) her current email woes.