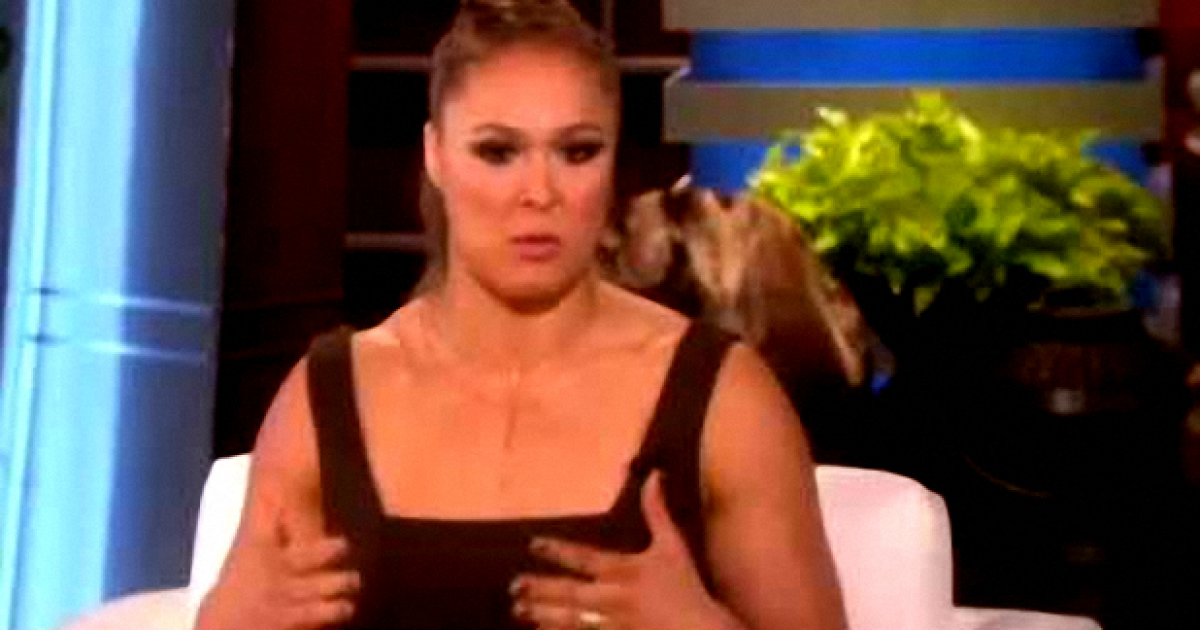 Many people were happy to see Ronda Rousey lose to Holly Holm. Ronda had become a caricature of herself, believing the hype, and the idea around her invincibility.

The UFC and many around Rousey made her believe she was bigger than life. They put her in with opponents they knew she would readily beat, and she dispatched them as predicted.

I noted in the original video how Rousey made excuses, but tried not to make them look like excuses. Rousey brags that she had more championship fights in a shorter period than anybody. When you consider her average fight lasted less than half a round, and she took little to no punishment, finishing her opponents with her practically patented armbar, that’s not that big of an accomplishment.

Rousey then said that she was tired; but then again she points out, [pp] “That’s not an excuse.”

Rousey finally gets to the crux of things, when she says that after her loss, she was seriously depressed. It wasn’t just the loss, it was HOW she lost, as she foretold her own demise, saying that Holms wasn’t going to knock her out with a kick. Oops.

The thing that saved her? Rousey said she looked up at her man, and said, “I want to have his babies.” That’s right folks, it was the idea of becoming a mother, that Conservative value of FAMILY that hit Rousey with cold reality.

Rousey was no longer worried about being a championship fighter, but in becoming a wife and mother. Her life was no longer about the false bravado, the cheers that would eventually fade, because she was destined to be beaten, if not by Holm by somebody else; or by life.

Rousey was humbled, and fell back on what really matters. She may not realize it yet, but Holly Holm did her a favor.