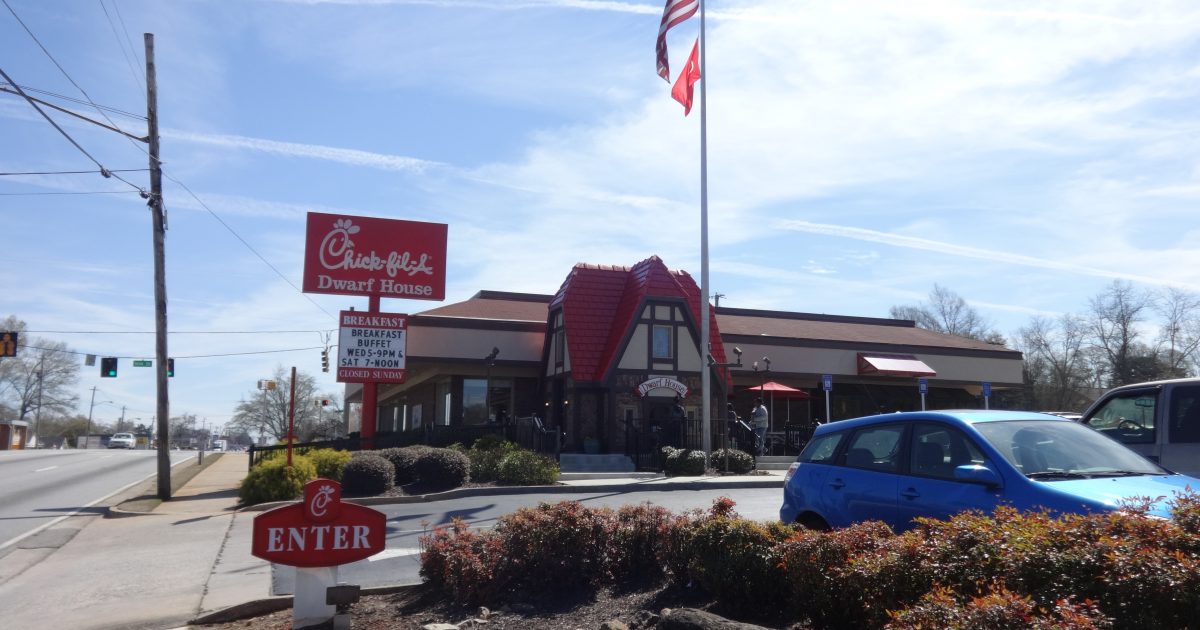 This was an email sent to me, and I love posting these, as they deserve to go viral. As with all these stories, our caveat is that we have no way to verify them, but there is no reason for me to question the veracity, as I know the people involved with Chick-fil-A

Chick-Fil-A is a business founded on Christian principles, and is a testament to the success of an organization dedicated to respecting one’s fellow man. Recall when Chick-Fil-A stood up against the tyranny of the LGBT movement, as they stood firm on marriage being between a man and a woman, and their sales soared. A while back I discussed the success of the fast-food chain on my radio show, saying it is the envy of most restaurant, as a Chick-Fil-A franchise is practically a license to print money.

Anyway, Chick-Fil-A once again showcases the beauty of Christianity, as they are more than just about selling food.

As the story goes, after Joey Mustain and his young daughter stopped by a Murfreesboro, Tenn., Chick-Fil-A, he witnessed a homeless man walking into the store. Instead of being thrown out as a nuisance, the outlet’s manager took time to serve the man. On his now viral Facebook page, Mustain reported what he saw during his visit.

Mustain wrote that he and his daughter had just sat down to eat when the homeless man came in. He was wearing a large backpack and sported a shaggy beard and unkempt hair, and wore mud-caked boots. The homeless man walked up to the counter workers and asked if they had any “extra food” he could eat.

When the store’s manager emerged from behind the counter, Mustain assumed the homeless man would be thrown out. But instead, he witnessed a far different scene than the one he expected.

“All I could pick up on of the conversation,” Mustain wrote, “was the manager saying that he’d love to give him a full, warm meal–not just scraps or extras–and the only thing he required was that the man let him pray with him.”

According to Mustain, after the homeless man agreed to the manager’s request, the manager immediately took time to serve the bedraggled newcomer. Mustain said approvingly, “there was no waiting for things to die down, there was no scooting anyone to the side.”

“As busy as they were,” Mustain wrote, “the manager stopped then and there, laid his hand on the man, and proceeded to pray. I heard love in that prayer. The homeless man wasn’t some untouchable stain on business. He was the reason that store opened its doors this morning (or any morning).”

The customer said his daughter also bowed her head to pray when she realized what was going on.

“I realized then and there that Chick-fil-A doesn’t simply do business for profits, they truly use business to minister,” Mustain wrote in amazement. “In a time when companies are trying to win in the market by neutralizing any possibility of offense, CFA is thriving because they unwaveringly cling to their principles and purpose.”

Again, I salute Chick-Fil-A for being an amazing company founded on the spirit that built America.

Tiffany Layne - February 26, 2021
In the latest episode of Leftist Hypocrisy 101, we find Governor Cuomo in the hot seat once again. This time he's accused of persistent,...