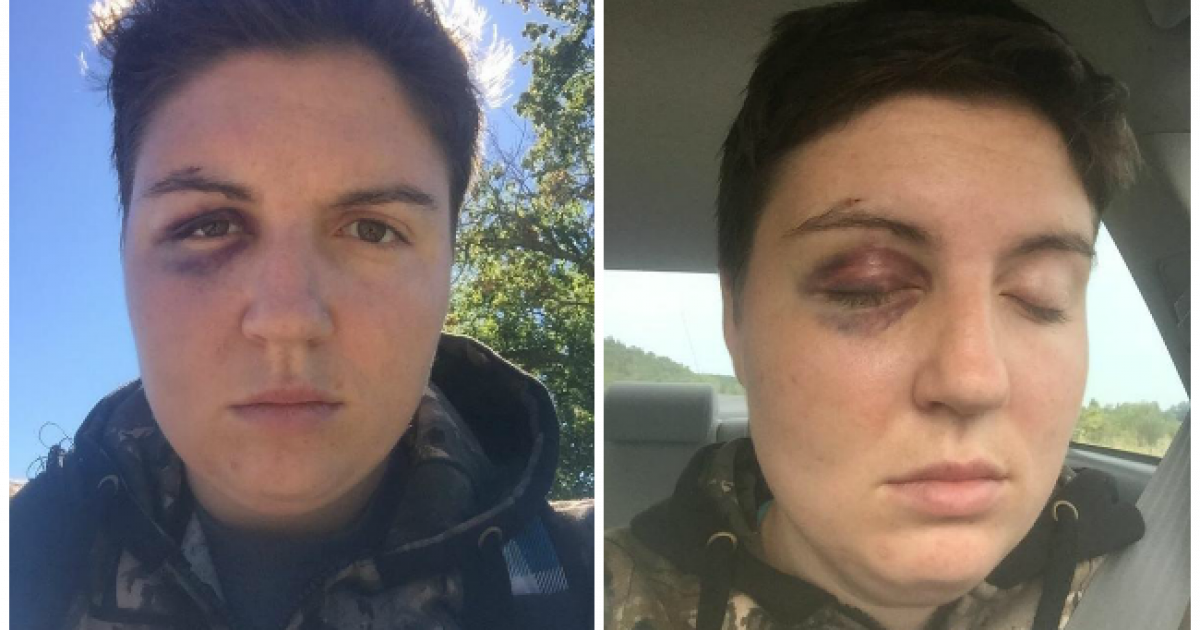 I discuss the lying lecherous Left quite often, and in the spirit of alliteration, we can add Lesbian to that list.

A Lesbian woman who happens to be a professor decided to promote the narrative of the LGBT community being oppressed. She supposedly was punched in the face by a mean white man, and she had the black eye to prove it.

Anyhoo, this cotton-pickin’ Lesbian got to close to one of them cowboys, as he called her out like a bull with no balls. The rest is history. POW! According to the Lesbehonest, the cowboy at the country music event decided to show her who was more manly.

Then there was this. According to the Daily Caller, Mari Poindexter made it all up.

She made the story up about being assaulted by a male subject at the bar and punched herself in the eye because she wanted to raise awareness about the social hardships of people in the LGBTQ+ community.

The university continues to stand by Poindexter releasing a statement.

“While facing mental health challenges does not absolve Mari of accountability, it helps us understand why our offering compassion rather than judgement and isolation is so important.”

Based upon her lies, Poindexter was found guilty of fabricating a story in court. She was able to plead down her initial charge of filing a false police report and lying to a police officer.  Not only does she have to serve six months probation and pay a $225 fine, she also took a leave of absence from her professorship at Central Michigan.

When lying lecherous Lesbian Leftist (I apologize for the multiple redundancy) spin their tales, it’s all because they are mental. Tell us what we don’t know. All the Leftists are mental. We aren’t kidding when we say that Leftism is a disease.

I’d like to see her do a bit of jail time to help her get cured.