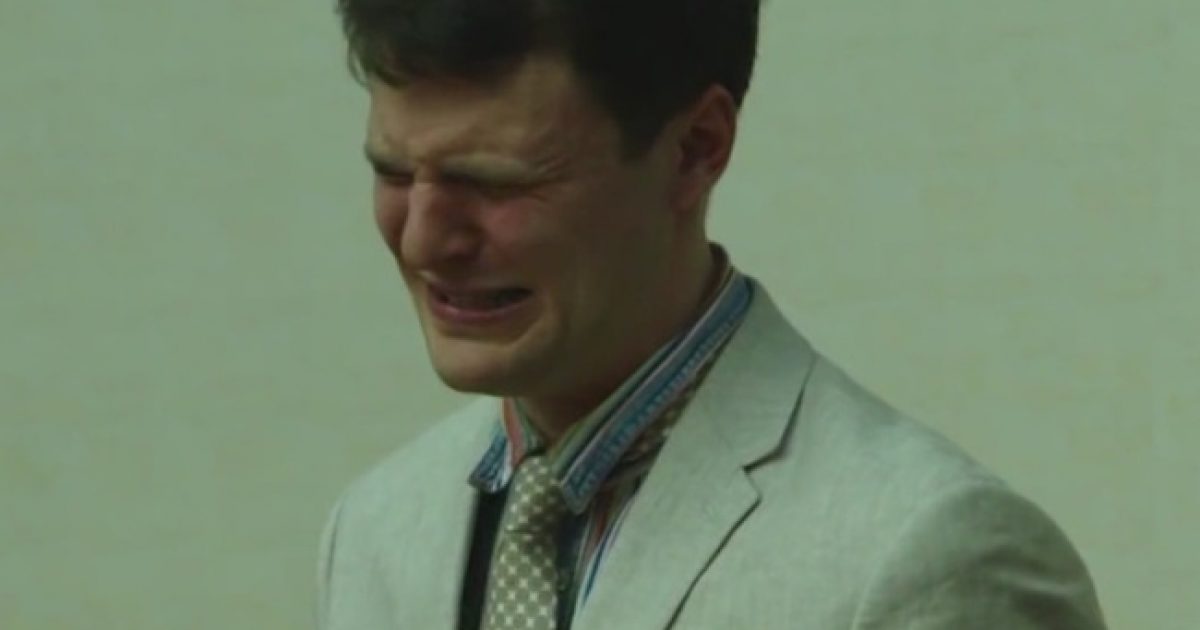 Kids coming out of our public school systems (and some Liberal private schools) are not being taught the difference between a Republic and totalitarianism.

Whether describing Socialism, or its bigger badder brothers Marxism and Communism, when compared to a Democratic Republic, the difference is very clear.

That said, neither teachers nor parents had instilled an appreciation of America and her foundational truths well enough into a generation who soon will lead this country. Simply put, they have raised ignorant decision-makers.

The product of these failures is evident in the life of a young University of Virginia frat boy who decided to go to one of the most dangerous countries in the world, where he allegedly misbehaved without considering the ramifications.

According to The Daily Mail, Otto Warmbier, 21 years old, allegedly stole a banner of a political slogan from the restricted, staff-holding area of the Yanggakdo International Hotel in Pyongyang, North Korea, while touring during New Year’s with the Young Pioneers Tours based in China. Much to his astonishment, the North Korean government wasn’t laughing. He was sentenced to 15 years of hard labor in a prison camp for the prank.

And Liberals think waterboarding is torture? A stunt that would have gotten Warmbier a small fine, a slap on the wrist, and a run around the Liberal talk-show circuit in America with a book and movie deal chaser, landed this kid 15 years of bullying, macroaggressions, with no safe spaces.

It seems that Warmier wasn’t taught that all countries are not like America when it comes to human rights.The majority of kids these days are learning instead what is wrong with America, and how we should tolerate other cultures instead of being proud of who we are as a country.  Warmbier is about to get a heapin’ helpin’ of life in a communist country.

Let’s see how Warmier appreciates the lesson he learns in North Korea, as opposed to what the universities taught him about America?

If you ask most high school and college age kids these days what they think about our country, you definitely don’t get a sense of pride in America or the appreciation for a capitalist society.

They believe in giving to the “greater good” when in fact many don’t believe in a foundation of truth that is Biblically based, and couldn’t tell you what the greater good actually is.

Instead they follow the doctrines of Karl Marx who wrote in Reflections of a Young Man on The Choice of a Profession:

“History calls those men the greatest who have ennobled themselves by working for the common good.”

Our educational system has produced  a generation of young people who aren’t prepared for the real world. Teachers are inhibited from bringing up many issues and current events because it leads into “gray” areas that aren’t allowed to be discussed because of political correctness. As a result our students don’t understand the reality of what is occurring across the globe, not to mention in their own back yards.

Ohio governor, and Republican presidential candidate, John Kasich stated this in a letter about Warmier,

“American citizens must be allowed to travel abroad without the risk of being arrested arbitrarily and then held hostage for the purposes of ransom, the forced reopening of diplomatic negotiations or acts designed to antagonize the United States,”

Tell me Kasich, why would any country who isn’t our ally, be expected to treat an American citizen with respect and dignity? The North Koreans are known for their lack of human rights, and if one chooses to travel in their country and break the law, it increases their risk of being detained.

Further, our country has lost much respect throughout the world in the last decade which makes foreign travel riskier in many countries.

General Douglas MacArthur’s title of his speech to the people of Japan on May 3rd, 1948 certainly rings true today.

“No man is entitled to the blessings of freedom, unless he be vigilant in its preservation.”

If Otto Warmbrier ever returns home, he will probably agree.