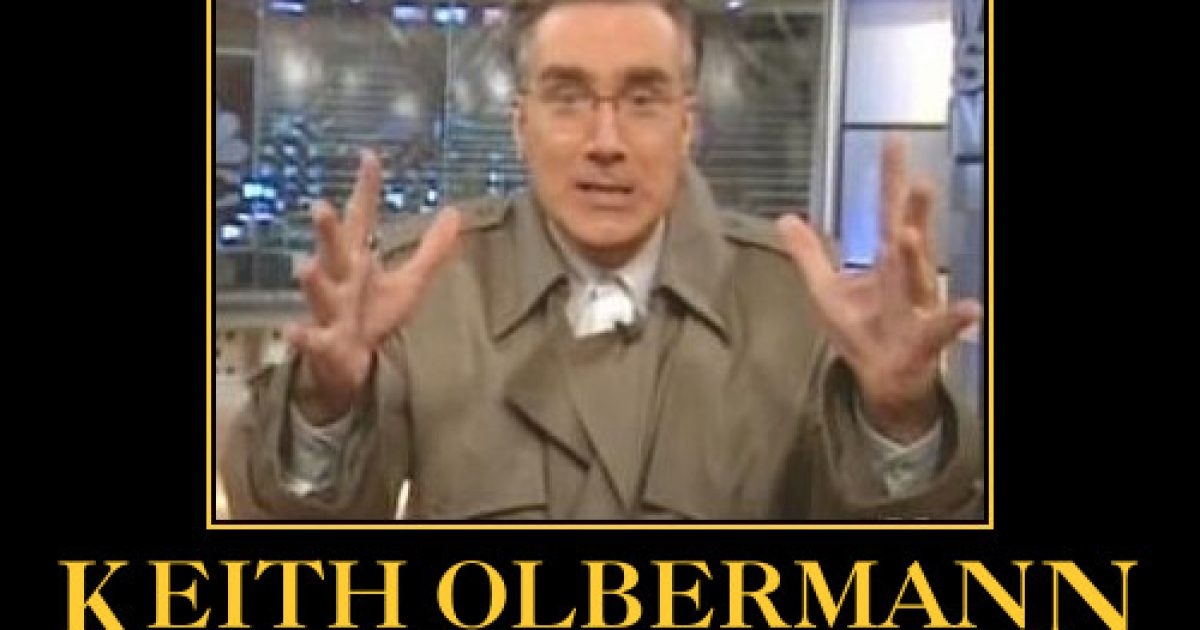 I guess that degree from Cornell Ag just isn’t what it used to be, and Al Jazeera isn’t hiring.

I say this because former ESPN-turn-MSNBC-blowhard-turned-ex-MSNBC-blowhard-ESPN-hack Keith Olbermann is back in the news, tugging on the tail of Super Trump’s cape. Things must be getting dicey at ESPN, and Olbermann has been given the desk closest to the elevator.

Olbermann is yet again trolling for attention. Apparently he’s “mad as hell” at GOP front-runner Donald Trump, so that requires Olbermann to move.

Yes, Olbermann is leaving, moving out that is from his residence in the Trump-owned building where he’s lived for nine years.

Olbermann was likely moving anyway, but leave it to a pansy-ass like him to try to get some press out of it. The only thing that makes this media-worthy to me is that I get to put this monkey-butt Liberal on blast. How else could this moron get back into mainstream news without relying on a Republican?

The most views for Olbermann’s former show on MSNBC was in video clips sent to conservatives like me, where we ridiculed him like he had a midget growing out of his head. Honestly, as with the departure of Toure and Melissa “Harrith”-Perry, Olbermann was a DREAM to ridicule!

I will never forget his reference to the Greek mythological Sisyphus, pushing the stone up the mountain, only to watch it return yet again for the task to be repeated. That must have been how Olbermann’s fellow employees felt working with him. Never did anybody try so hard to appear smart, only to have it backfire so heavily.

Olbergeek…you are missed. By SOMEBODY, JUST NOT US!