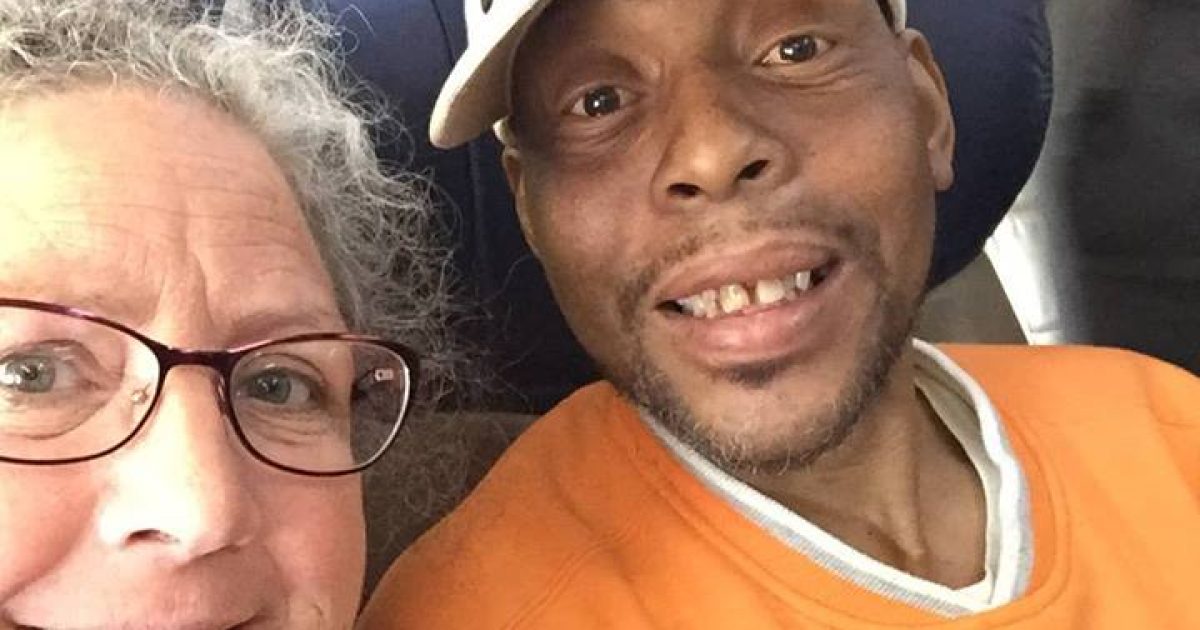 “I met my new friend Todd today. He’s 46 but blessed with the childlike wonder of a 6 yr old. It was his first airplane ride to meet his brother in FL for some special Doctors. He was carried on to to the plane and he was terrified. Said good & loud, “I’ll probably throw up!”

The man between us got up & moved. lol

I talked him through the take off & landing.I was blessed as he just said over and over ‘OH WOW!! OH WOW!!’ as we disappeared into the clouds! And when the stewardess told him the Coke was FREE…he said he was going to tell his friends all about this trip!!

I saw people around us smiling as Todd checked out every inch of the plane while saying ‘I’ve only seen an airplane on t.v. I never thought I’d be inside of one!!’We were the last two off the plane as I was by the window and he waited for his wheelchair & assistants.

But just as I was about to leave, he shouted ‘MS. SUE…I’LL NEVER FORGET YOU FOR HELPING ME THROUGH THIS!! I’LL THINK ABOUT YOU THE REST OF MY LIFE AND TELL MY FRIENDS HOW NICE YOU ARE!’

These are the stories that you won’t hear about, because the media loves things like #BlackLivesMatter. They love showcasing what they promote as the “divided” America, which exists because of Leftist ideology.