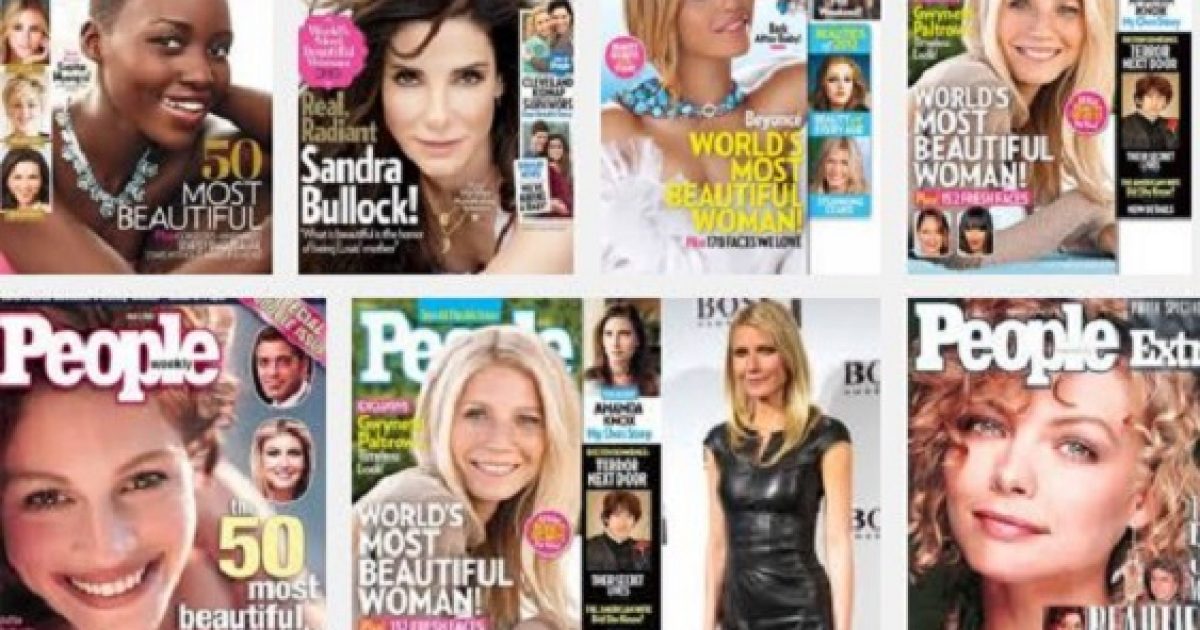 Guess who’s the 2016 Most Beautiful Woman according to People magazine?

Jennifer is a cutie, perhaps even a hottie, especially for her age. But she is not, nor has she ever been the most beautiful woman IN THE WORLD!

This should embarrass People magazine, but it won’t. In fact, there should be an outcry for these types of titles. This declaration is obviously, BLATANTLY anti-everything politically correct.

First, is Jennifer Aniston a WOMAN?! We don’t know for sure. We only know what we think she is, as I’m not sure I’ve heard her declare one way or the other.

And speaking of gender dysmorphia, we all know that CAIT is the most beautiful woman in the world! If you don’t believe that, then you’re homo-transophobic-erectus, which is lower than a Neanderthal!

Wait…Are we over the whole Tranny thing?

Anyway, Aniston has another thing going against her. How can the most beautiful woman in the world at this point in America’s racial evolution be WHITE? Aniston is white enough to marry a Kennedy-white! Aniston had no need for black men; after all, she was married to Brad Pitt!

And last time I checked, Aniston is neither atheist or Muslim, so she didn’t pass the religion on hate-religion test. In full disclosure, I didn’t check to see if Aniston is an atheist, but she is definitely NOT  Muslim.

Back to looks. I repeat what I said earlier, and that is Aniston is lovely to look at. Is it not discriminatory, dare I say a MICROAGGRESSION against ugly women to make a beautiful woman the most beautiful woman in the world?

I do credit People for not picking some hot swimsuit or lingerie model, as being truthful, this award is way past somebody Jen’s age. Who next? Betty White?

The only way to put this whole thing in perspective is to ask oneself,

“What if People had selected Sarah Palin!?”