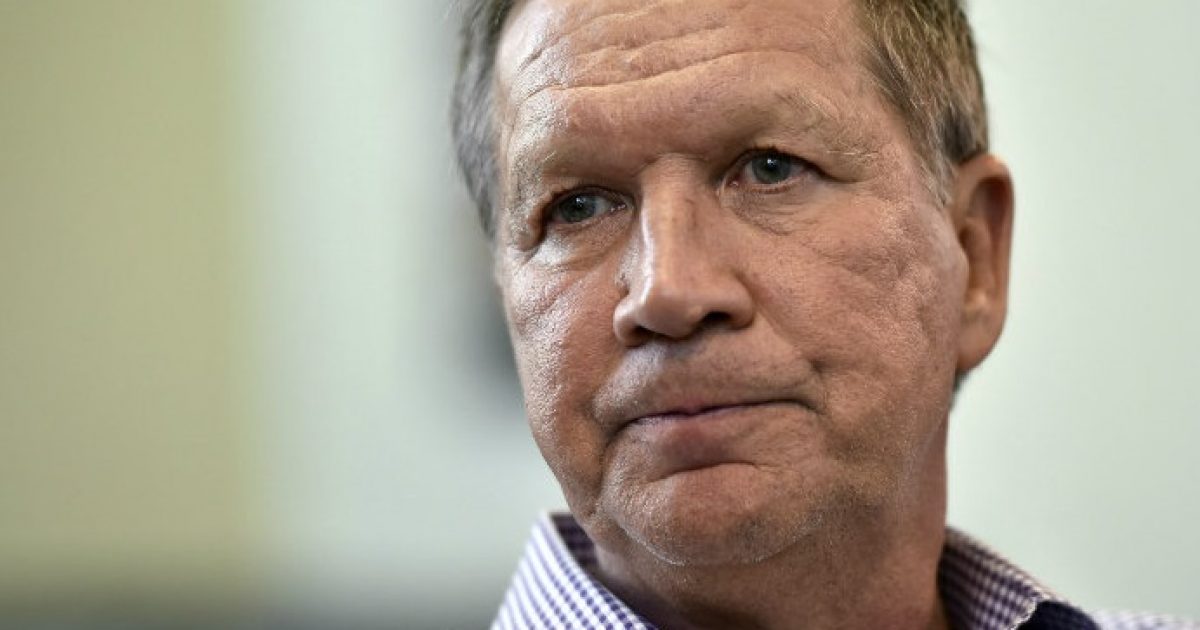 Personally, I don’t care about Kasich’s sexuality, as it’s his business. But if he’s “frontin'” as we say in the vernacular, that bothers me.

We live in a time in America when even as a Conservative, you can be gay. Just handle your scandal. Don’t pull an Obama, and frequent bath houses trolling for old white men, then pretend to be “all man.” It’s not like we don’t have the clues: No female exes, Reggie Love, and of course Michelle.

As for Kasich, he’s got the mandatory “political” wife complete with “political” kids. Check and check. But is he gay?

To Whom It May Concern:

Someone should be looking into the likely Republican nominee for governor. John Kasich is another one of the those “pro-family” Republicans who is gay. He’s voted against gay marriage and gay adoption but is well known to be a homosexual and to surround himself with equally hypocritical gays.

This has been an open secret for almost 18 years. Kasich is married with young twins, but he only recently was married.

– While in Congress Kasich lived with his chief of staff, Don Thibaut (gay), in Washington DC for 14 years. This has been published extensively and a member of Congress even called for an investigation into it.

– While in Congress, Kasich used to fly home on Thursdays for dinner at an italian restaurant in Columbus called Rapollo’s. He dined every Thursday with the same two young men. A current Democratic state senator from Southeast Ohio used to wait on him regularly. Today, Kasich denies ever setting foot in Rapollo’s or even hearing of it.

– Don Thibaut now lives in German Village in Columbus. Kasich is a frequent after hours visitor there.

Arshinkoff is also on the Kaisch campaign team. He has been pulled over by police after picking up a young man at 2:30am in Akron and soliciting him for sex. There is a police report and it’s been published in several papers. He’s also regularly spotted in gay bars in Cleveland. It is well known around Columbus that Arshinkoff made a
sexual advance toward one of his local state senators while driving him in his corvette including groping his leg.

I have no idea of the validity of this information, but nothing would surprise me. If it were true would it hurt Kasich with Republicans? Likely.

But it’s time for truth. Isn’t that what people like about Trump?