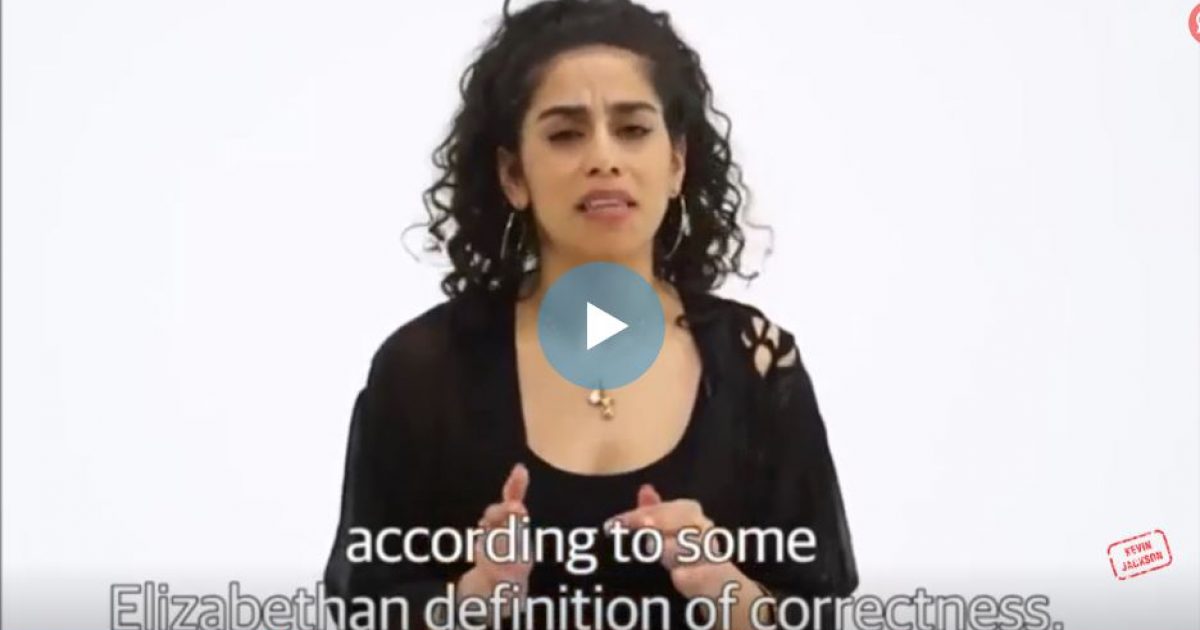 It seems that the bar constantly lowers when it comes to defining “isms.” It seems that correcting somebody’s English is now considered a microaggression.

It’s the snob’s way of silencing the opposition.

If you ask me, this chick is a snob. Note how she uses, “Elizabethan.” What the heck is that supposed to mean. It’s a reference to a period in England’s history, that is so vague to most people, she might as well had said it in Greek. The irony there is Elizabethan would translate the same in Greek!

I’m sure that most people who struggle with the English language know the Elizabethan Era as the epoch in English history marked by the reign of Queen Elizabeth I (1558–1603), a time that historians often depict as the golden age in English history.

Let me be clear: This chick is a snob who is trying to point out other people’s snobbery! Liberals are dangerous and should be banned.