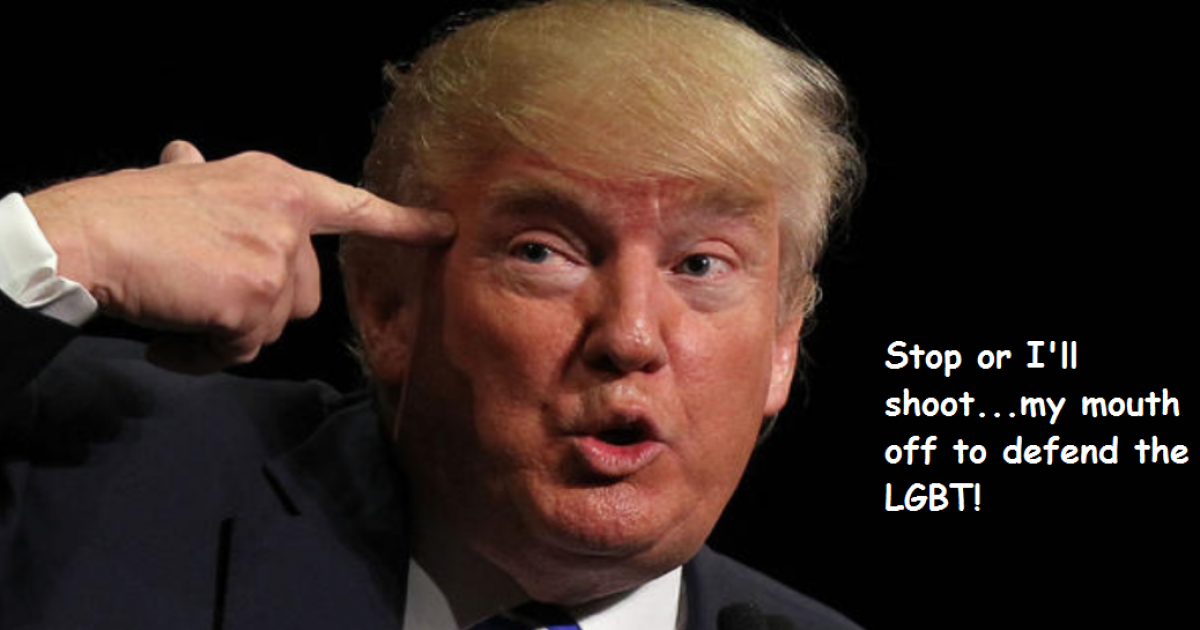 Unofficially I think Trump lost ground due to his taking the very liberal stance on what I’m calling “Tranny Bath.”

I wrote recently about 700,000 trannies in the United States, or about 0.3 percent of the population. Why should we create special rules for them, because they don’t know who the heck they want to be gender-wise?

For the most part, the transgender have chosen what they want to look like and nobody has complained. I know I’ve never checked the genitalia of anybody in a stall next to me. For all I know, I have taken a crap next to nothing but goats for years.

Yet Trump has taken the Liberal side of this issue, a minutely small minority, in a move the is Obamaesque for many Conservatives.

The bathroom issues isn’t about safety or offending the sensibilities of a few prudes. This issue ladies and gentlemen is about the very commonplace overreach of a group that has become far too powerful: those who would legislate on sexuality.

Don’t be surprised to find one day that heterosexual people have NO place in civilized society. How dare you be so bigoted to have settled on your sexuality, so much so you really don’t even think about it.

Sound off: Did Trump lose your support over this issue, that is if you were a Trumpian to begin with?