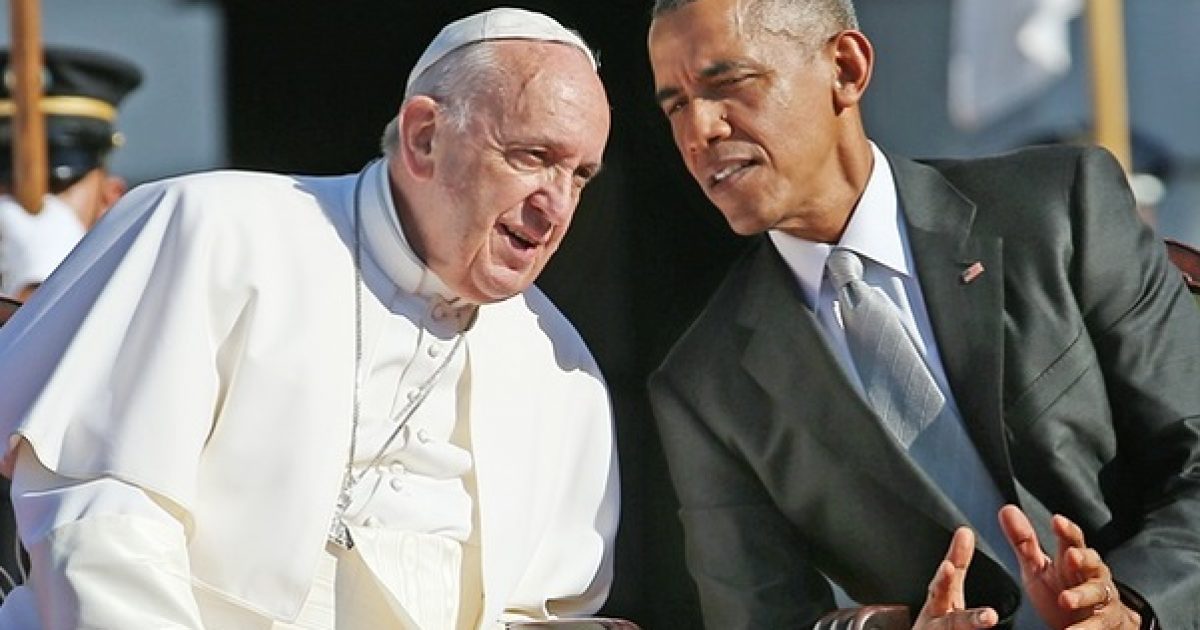 What do the Pope and Barack Obama have in common? They are both Muslims.

Ok, maybe the Pope isn’t a Muslim, but he’s certainly a sympathizer. Talk about “turn the other cheek!” This dude has gone insane.

The Pope washed and kissed the feet of a Muslim man, as a show of solidarity for Muslims, in the wake of yet another brutal attack by Muslims in the name of that fraud religion known as Islam.

As reported by Mashable,

Pope Francis washed and kissed the feet of Muslim, Christian and Hindu refugees Thursday and declared them all children of the same God, as he performed a gesture of welcome and brotherhood at a time of increased anti-Muslim sentiment following the Brussels attacks.

Francis denounced the carnage as a “gesture of war” carried out by blood-thirsty people beholden to the weapons industry during an Easter Week Mass with asylum-seekers at a shelter in Castelnuovo di Porto, outside Rome.

The Holy Thursday rite re-enacts the foot-washing ritual Jesus performed on his apostles before being crucified, and is meant as a gesture of service. Francis contrasted that gesture with the “gesture of destruction” carried out by the Brussels attackers, saying they wanted to destroy the brotherhood of humanity represented by the migrants.

Who stands up for the Christians? Crazy Muslims are killing Christians all over the world, and the only thing being reported are the major attacks. The Pope seems afraid to hold Muslims accountable.