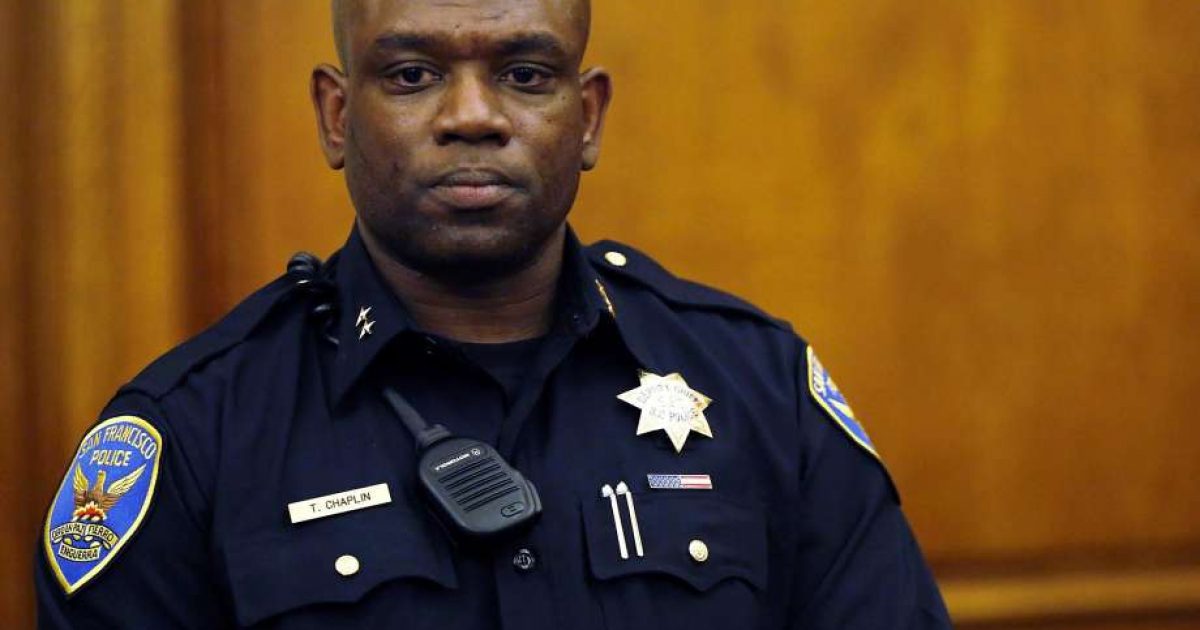 You have to question the sanity of people we put in power today. Like San Francisco’s Acting Police Chief, who said that racism almost stopped him.

Apparently racism has weakened, and he managed to slip through.

Chaplin go the appointment as Acting Chief of SFPD when Chief Greg Suhr resigned Thursday at the request of Mayor Ed Lee, hours after the fatal police shooting of a black woman. They say the shooting renewed questions about whether the Police Department had lost the confidence of minority communities in the city. Put another way, if the cop had shot a white women, there would be no story here.

Here is how the story was reported by CBS:

Video has surfaced of Toney Chaplin, who was appointed San Francisco’s Acting Police Chief on Thursday, saying racial bias nearly stopped him from pursuing a career in law enforcement.

Chaplin, who was Deputy Chief at the time, told a law enforcement conference last year about the experience.

“I had a real bad incident prior to coming into the police department,” Chaplin recalled. “It was down in the South Bay and I was in the Army. We went clubbing in San Jose. And I won’t go into detail about it, but it almost stopped me from being here sitting in front of you.”

I wonder who intervened and stopped that vicious racism? Did government intervene? Was he saved by the New Black Panther Party? We don’t know, because Chaplin won’t tell us. He just wants us to know that he ALMOST DIDN’T MAKE IT! Chaplin and the Left want us to believe that he’s one of the lucky ones.

Chaplin persevered against whatever almost stopped him, but he won’t share what it was so that it could potentially help other blacks. He certainly won’t look at his perseverance as a tribute to himself, his ability to overcome whatever odds come his way.

Nope, he looked racism in the face, and despite rising to the top of SFPD, racism is lurking, ready to shut him down. Let’s all pray for Chief Chaplin, dare he confront racism again.