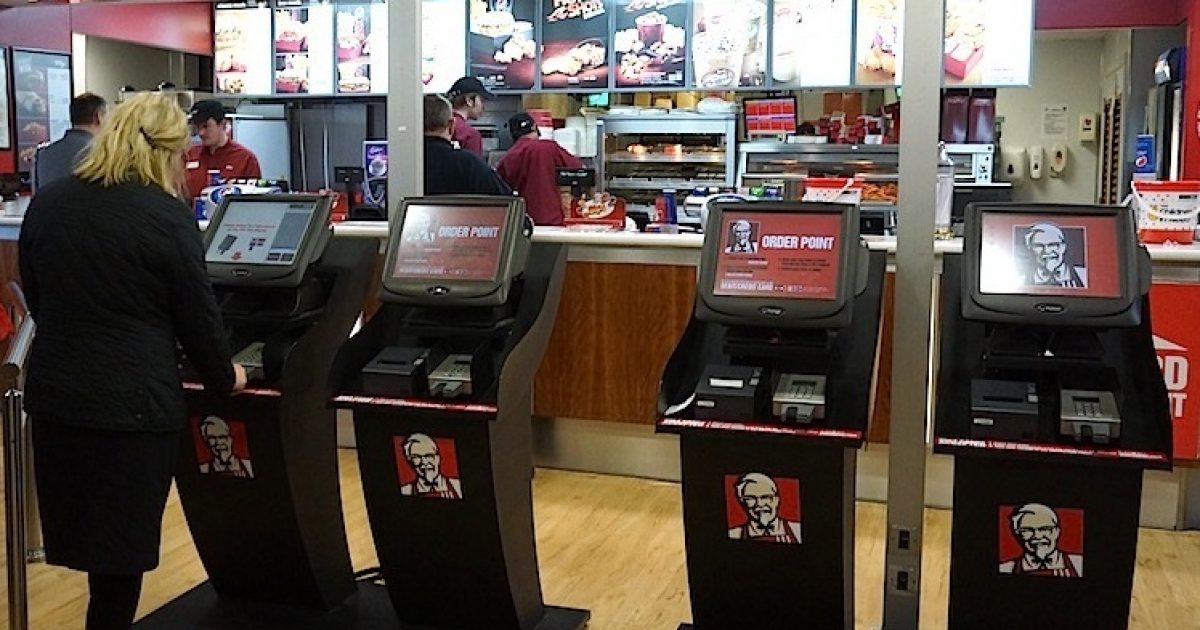 Whether complaining about the “jobs only Mexicans want to do,” or their constant whining for a “livable wage,” blood-sucking Leftist leeches are about to get a wake-up call.

It doesn’t matter how much logic Conservatives use to explain real life to the brain-dead morons known as Liberal Democrats, they just can’t learn. You might as well try to teach a baboon to play Beethoven’s 5th.

As the alarm bell sounds yet again, know that it will go unheeded, as Leftists push for the $31,000 hamburger-flipping jobs. Leave it to the Left to underestimate the true brainiacs in America: capitalists.

The solution to the $15 per hour (until it’s $25 per hour) minimum wage is to get rid of the menial job. And that’s what McDonald’s has been developing for some time. It looks like Wendy’s is beating them to the punch.

According to one report I read:

The majority of Wendy’s restaurants are franchise-operated. We are in pilot now with self-service order kiosks, which we expect to make available for installation by our franchisees later in 2016. Whether they choose to do so will be up to them. Earlier news reports were not quite accurate. We did not say kiosks would be available at every restaurant by end of year. We do continue to invest in technology to help mitigate the inflation we are seeing on the wage front.

I can hear the Left now: “Kiosks are RACIST! Kiosks steal JOBS!”

I love it when the business world proves to politicians that you can’t legislate ingenuity. Give America a problem, and capitalists will solve it, especially when government tries to interfere.