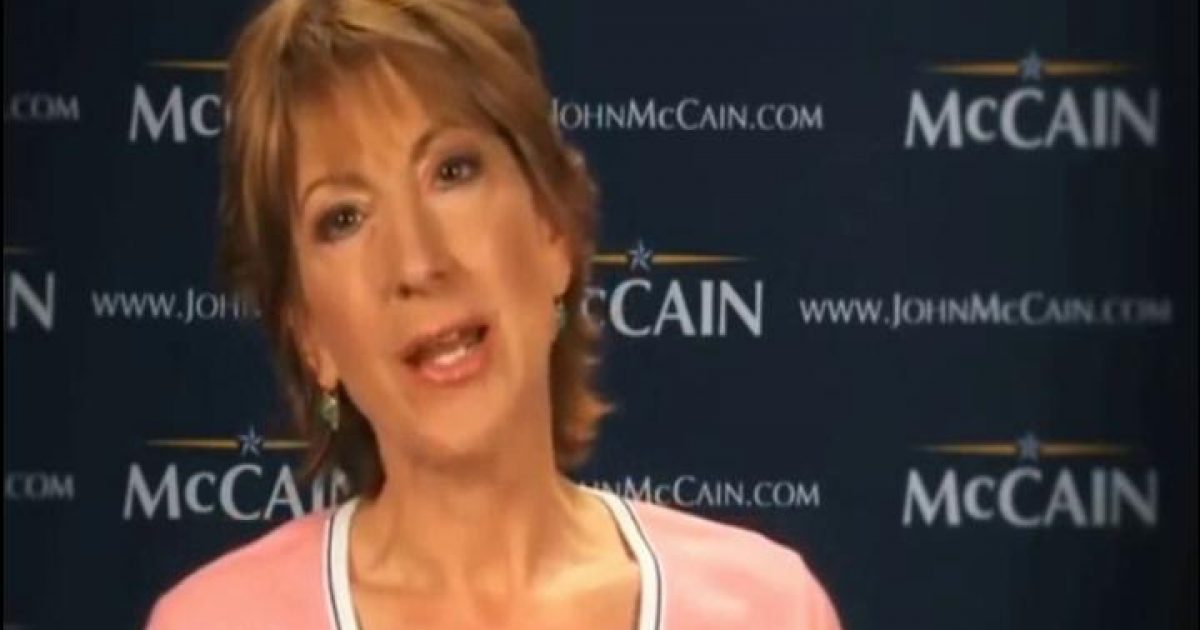 This isn’t good for the Cruz campaign. Fiorina has had tough words for Hillary Clinton while performing for Republicans in the debates, as it turns out Fiorina has a lot of respect for the carpet-bagging-Senator-turned-Secretary of State.

Fiorina was at a McCain event in 2008, where she had this to say:

Fiorina presents herself as a strong candidate, yet she essentially echoes Hillary Clinton’s War on Women sentiment. There is no war on women, except by Liberal feminists.

I’m curious to see how Fiorina tries to spin this lavish praise of do-nothing Hillary Clinton, another “feminist” who is married to a powerful man to whom she owes her career.