A racism outrage began at Salisbury University from a drawing of a stick figure being lynched appeared in the library.

As we all know, stick figures depict BLACK people. Malnourished; a reminder of black people’s African roots. Starving, distended bellies, with flies buzzing around their pathetic faces, with those blank “please feed me” stares.

But it gets worse. 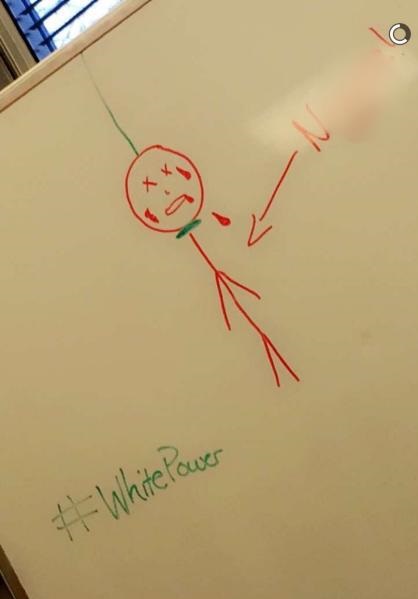 This stick figure had a NOOSE around its skinny little neck! We all know what the noose signifies, do we not!

Then the coup de gras was the arrow pointing to the little stick figure, let’s just call it “Niglet”, had the n-word, validating that the Niglet was a NEGRO!

Now there were many signs pointing the notion that this was not the work of an ignorant white racist, and was in fact an ignorant black racist.

One clue is that a white racist would have used the SAME pen to draw this figure, and not highlighted the NOOSE!

There is one other clue, but I will leave you to figure out the other clues.

I will reveal the answers at a later date.