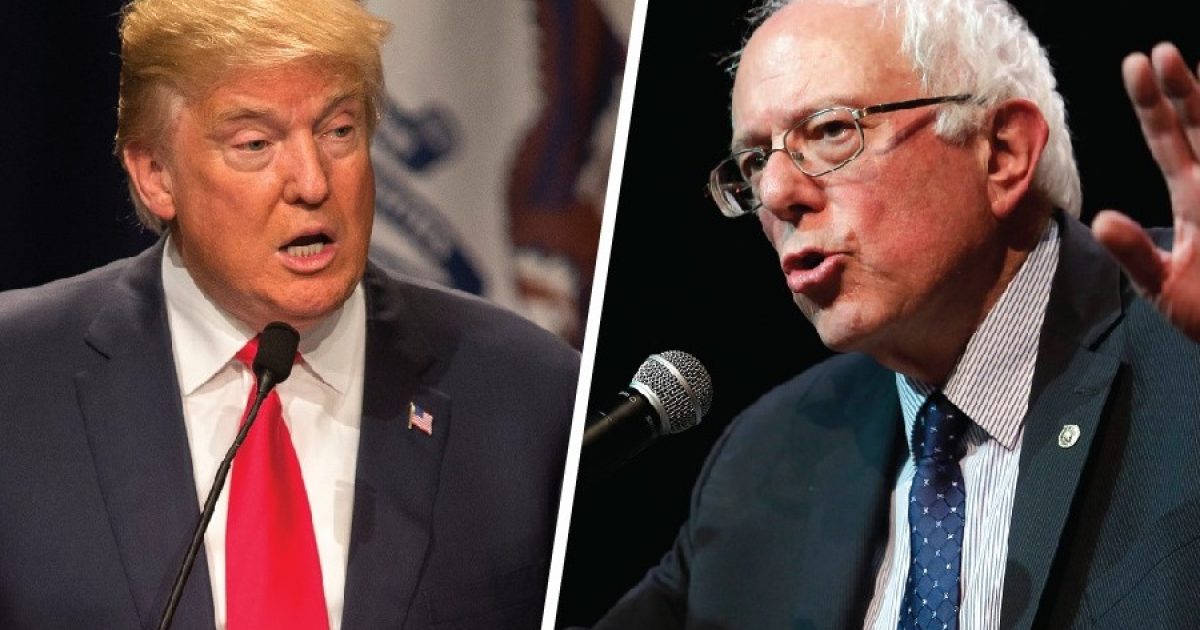 Bernie Sanders acts like he challenged Trump to a debate.  He didn’t. Trump mentioned that while Hillary Clinton declined to go debate the old moron–Trump would say Hillary doesn’t have the energy–Trump offered to raise money for a worthy charity to go toe to toe with a lazy 74-year old socialist.

Hillary declining to accept a debate with Sanders tells you all you need to know about Hillary. She’s hopeful the two white men will beat each other to a bloody pulp, and she will assign a few Mexicans clean up the mess.

Nevertheless, not debating Sanders is a bad strategy for Hillary, and here’s why.

Bernie is debating the presumptive GOP nominee. He has by-passed Clinton and gone right to the real star in this race. Below is the hierarchy of popularity of the candidates:

Hillary can’t attract enough people to an event to outnumber her Secret Service detail. Trump will undoubtedly bring an a huge audience.

Bernie joins Hillary in the bad news department, as Sanders’ audience will see a successful guy who says he’s now going to upend the system, the very system that Bernie Sanders wants to attack. The difference is that Sanders has NO experience in changing anything, and Trump knows the inside scoop.

For Sanders, this debate is akin to bringing your girlfriend to meet your new friend…Brad Pitt. It’s going to end badly for you Bernie!