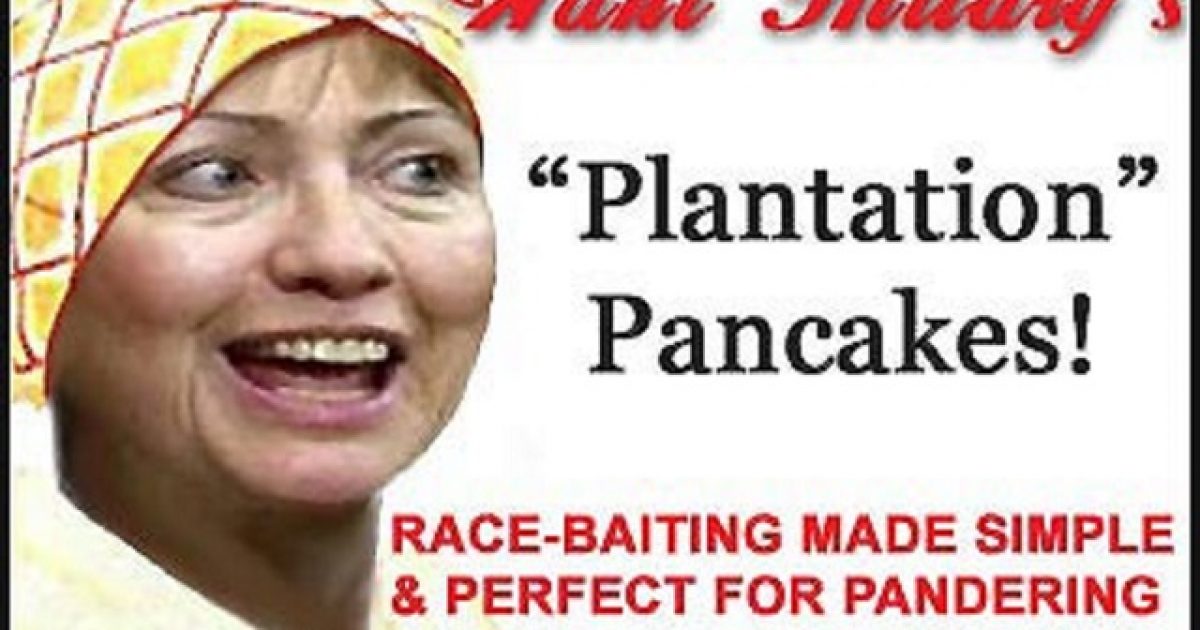 They call the BET Awards an awards show, when in fact it was little more than admitting Hillary Clinton is the new plantation owner’s wife.

Apparently the plantation owner died, and now Hillary needs the slaves to all pitch in to help. After all, who else is going to extort money from the hard-working, taxpaying Tea Party Community, if black people won’t keep crying racism?

Just as you would expect, the 2016 BET (Black Entertainment Television) Awards were full of Black Lives Matter references and reminders to register to vote and then get out the vote for Hillary Clinton. After the opening of the award ceremony featured Beyoncé and her back-up dancers marching into the auditorium to a Martin Luther King, Jr. speech, actor and producer Terence J went on to say, “Your vote is your voice,” and reminded everyone to register and “vote smart” as he introduced the show hosts, ABC’s Blackish stars Anthony Anderson and Tracee Ellis Ross.

Ellis Ross made her plea for Hillary in personal way. She noted that the single woman demographic (which includes herself) is the largest and most important for a White House win, so “Welcome to the White House, Hillary Clinton.”

Empire star Taraji P. Henson, while accepting her award for Best Actress, made a veiled reference to the presumptive Republican nominee, Donald Trump, when she said, “I’m not really political, but it’s serious out here. For those who think he isn’t going to win, think again. We really have to pull together and turn this country around.”

And then BET’s Chairman and CEO, Debra L. Lee, combined gun control and the Black Lives Matter movement by complimenting Rep. John Lewis and the Democrat sit-in in the House of Representatives – “We are tired of the devastating effects gun violence has on our community.” She instructed everyone to “know your politicians’ position on gun control.” She was there to present the 2016 BET Humanitarian Award (sponsored by State Farm) to Grey’s Anatomy actor Jesse Williams after praising his history of community organizing and activism, most recently in Ferguson, Mo. and with the Black Lives Matter cause.

Williams, in turn, went on a five-minute screed about injustice in America via a “system built to divide and impoverish and destroy us.” He said, “We’ve been floating this country on credit for centuries, and we’re done watching and waiting while this invention called whiteness uses and abuses us.” He did introduce his role models in activism, his parents. I noticed his mom appeared light skinned.

And you wonder why all this money is spent on this nonsense? This is a communications vehicle to promote ONE narrative, and you can bet that narrative is not one of Conservatism.

Believe me when I tell you that there are many blacks who are sick and tired of this constant droning of “white privilege,” and #BLM. But they are afraid to speak out. No awards are given to blacks who go against the Liberal grain, and none are sought.

But perhaps we should take a lesson from the Left and start rewarding black virtue, instead of black victims. Maybe black Liberals at BET will check with Hillary Clinton and get back with us.