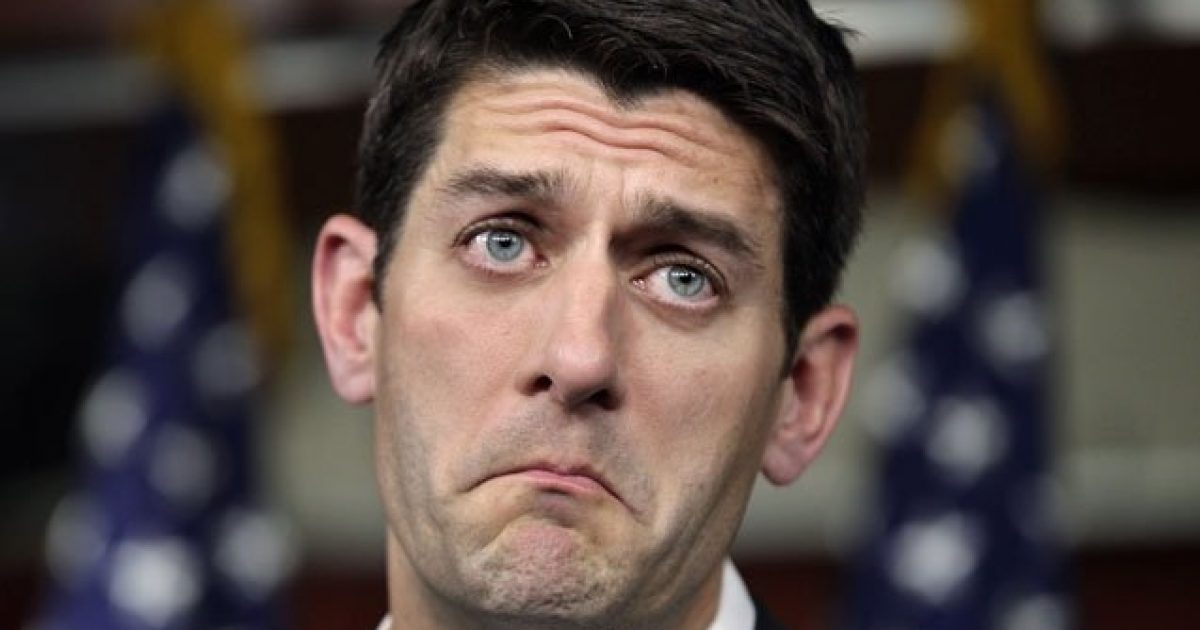 I actually like Paul Ryan a bit. One of my acquaintances worked with him on a project to help inner city kids, and Ryan stepped up, more than most Republicans.

That said, Ryan is from the Republican/RNC machine. He paid his dues, and there are rings to be kissed. Like most politicians, Ryan does enough to make us believe he’s helping Conservative taxpaying Americans, then he does something big to remind us that we are cogs in the wheel of DC, Incorporated.

The Business of Washington doesn’t care about the little guy, it just pretends to care.

Whether you are a Trump fan or not (and there are a lot more than people think), one thing is clear: the highest ranking Republican is supposed to get behind the party’s candidate. Pretty simple to me. Look at what Debbie Wasserman-Schultz has to contend with: a choice between Lucifer and Lucifer’s father.

But Ryan delayed his decision to support Trump. This gave the Democrats weeks to hammer Trump and the Republicans. The Leftists said things like, “Even their own Speaker won’t endorse Trump,” and so on. The media and other Leftists seized on this very bad move, to the detriment of Republicans, if only temporarily.

While Hillary Clinton was being burned at the stake by Bernie Sanders and the FBI was throwing rocks at her darkened corpse, Ryan was trying to figure out who he would support. This was the time to carpe diem for the Republicans, yet Ryan decided to be coy.

We use the word “leadership” a lot in politics, but there isn’t much of it. Leadership generally helps the people being led. Leadership in politics is manipulation that leads the followers into worse situations than they were in before. Conservatives of all ilk have soured on political leadership, and are once again leading ourselves.

The good that comes out of Ryan’s delay is it reinforces to those on the Left who have questioned Republicans to take another look. Ryan finally gave in. He was forced to. The Tea Party Community and other grass roots Conservatives forced Ryan to understand the new dynamic of politics. The PEOPLE won.

Our win resonates with the Left, where quite the opposite is occurring. The people are losing, and the Sanders people know it. The Bernie or Bust movement is stronger than Black Lives Matter. The anti-Hillary movement (yes, it’s different) has joined them. There will be others, and their voices will grow. I wrote recently that the Democrats are faced with something they haven’t had to deal with in quite some time. They have a formerly Democrat voting bloc that they simply can’t control.

This is why the Left is investing heavily in demonizing Trump. They’ve gone from disrupting rallies, to out and out war; spitting on people, throwing eggs, and beating them. It’s that scary for the Left to realize that their only hope lies not in their candidate, but in marginalizing the other candidate. They must make Trump and his supporters look like radicals, and the Left will use any radical means to do so.

Make no mistake about it, the business of Washington has been disrupted. And when Bernie is dragged out of the Democratic convention kicking and screaming, his followers won’t be happy. They will know who broke the crooked system.

It certainly wasn’t “Crooked” Hillary, nor was it Paul Ryan.

Ryan missed his chance to redeem the Republican Party, to show solidarity with the Tea Party Community. Instead he weakened himself and the Republicans.

No need to thank him, as this is the way things were meant to be.