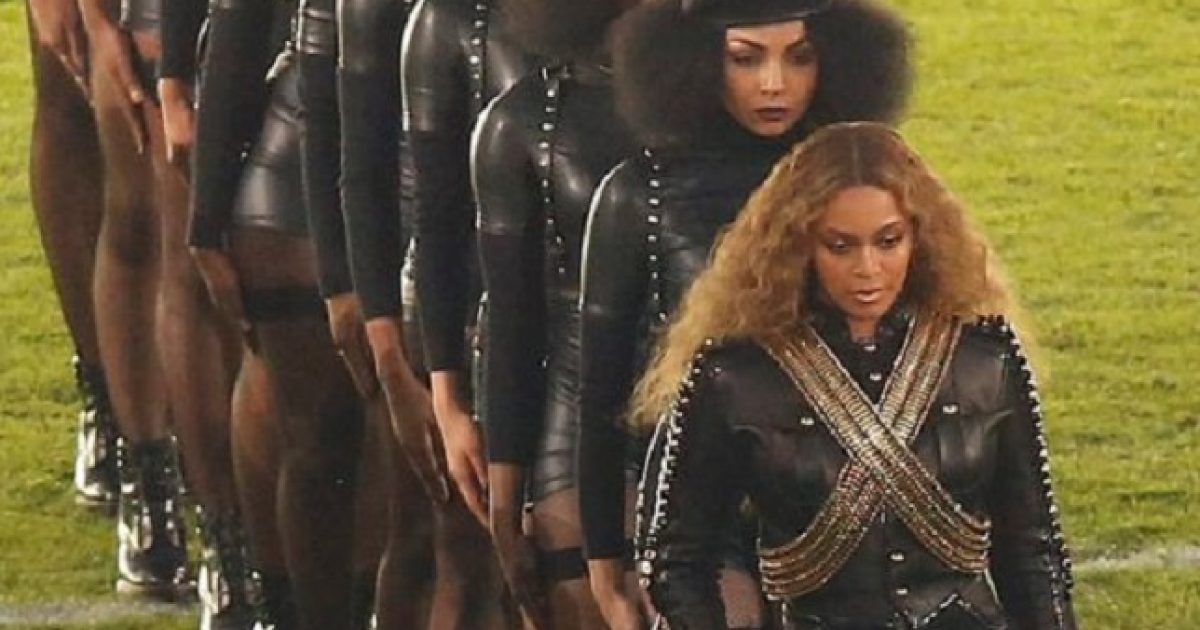 We all know by now what the B stands for in Beyoncé . But what of the “o”? Try opportunist

From her racist and equally idiotic Super Bowl “performance” to her latest antics around the shootings of Sterling and Castile, it’s clear to me that Beyoncé is an opportunist.

How much money does it take to stop selling out? Let’s see how much Beyoncé makes on her tour, and I will get back to you with an answer.

“We’re going to stand up as a community and fight against anyone who believes that murder or any violent action by those who are sworn in to protect us should consistently go unpunished…These robberies of lives make us feel helpless and hopeless but we have to believe that we are fighting for the rights of the next generation, for the next young men and women who believe in good.”

One can only guess that opportunist Beyoncé wants police to stop killing black people, because other black people are so much more efficient at it?

Forget that Beyonce doesn’t know the actual facts of either shooting, and has jumped to conclusions, a la Michael Brown. But does Beyoncé believe that blacks are not committing crimes that get them shot?

Yet what was described as her “passionate statement”, Beyoncé also provided a link to her 77 million Instagram followers to contact their local representatives and ask that the “war” on minorities in America be ended.

I hope she sent her message to all the following:

“This is not a plea to all police officers but toward any human being who fails to value human life,” she said. “The war on people of color and all minorities needs to be over.”

No Bitch, this was a plea for you to get more silly Negroes to buy more of your CDs. The only war on minorities wages at the hands of terrorists on the Left.

Beyoncé and her ilk are second only to abortion in their danger to blacks. They create false narratives, then stoke irrational behaviors that gets blacks killed. Far too many innocent blacks, blacks who want nothing to do with this nonsense get hurt in the cross-fire.