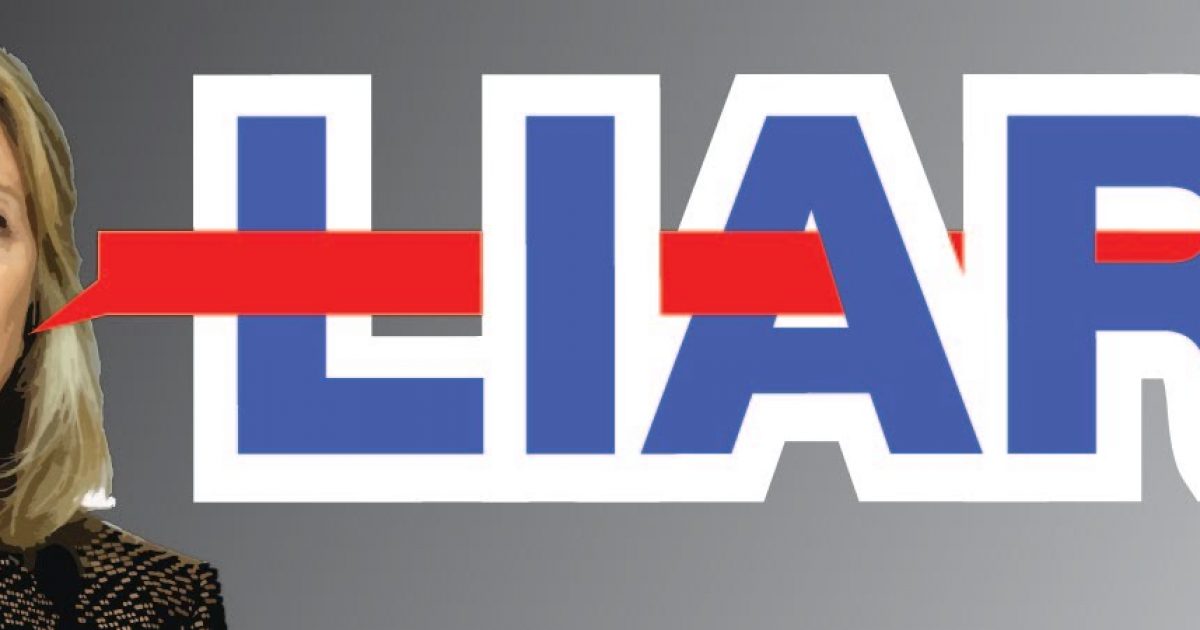 Perhaps there comes a time when capitalism (and truth) trumps toeing the party line. For some media, that time may be now, as they media finally realizes that Clinton lies pathologically.

WikiLeaks sells papers, and creates clicks! Perhaps this is why USA Today posted a scathing rebuke of crooked Hillary. In their case, lying Hillary may be more fitting. The media outlet chronicled Clinton’s lies, and below we have listed only a few:

At a campaign rally in Kentucky, Clinton said that she “read” that Trump “said he wants to … abolish the VA.” That claim, which Clinton said she did not verify, was based on a Wall Street Journal article that said Trump’s campaign co-chair and chief policy adviser indicated that Trump “would likely push VA health care toward privatization and might move for it to become more of an insurance provider like Medicare rather than an integrated hospital system.” But the same policy adviser told the paper that Trump doesn’t “want to take away the veterans hospitals and the things that are working well.” In fact, in a speech last year, Trump said, “I don’t want to get rid of it,” when talking about the Department of Veterans Affairs and its health care system.

Clinton also went too far in a CBS News interview when she claimed that Trump said “we should pull out of NATO.” Trump has said that he would “certainly look at” pulling the United States out of the international security alliance because it is “obsolete” and “is costing us a fortune.” But Clinton’s campaign provided nothing indicating that Trump advocates pulling out now.

In a speech criticizing Trump, Clinton again twisted the Republican nominee’s words when she claimed that he said “women will start making equal pay as soon as we do as good a job as men.” Trump doesn’t support equal pay legislation, but he has said that he believes in paying people based on performance rather than gender.

Clinton, at a Democratic debate, claimed that private insurance premiums have “gone up so much” in some states that didn’t expand Medicaid because hospitals shifted their costs for providing emergency care for the uninsured. In doing so, she was singling out Republican-controlled states. But we found no evidence to support that claim, and experts disagree on whether such cost shifting occurs.

A Clinton TV ad made the misleading claim that “in the last seven years drug prices have doubled.” To support that claim, her campaign cited a report that said brand-name drug prices, on average, have more than doubled in that time. But more than 80% of filled prescriptions are for generic drugs, the prices of which have declined by nearly 63%, according to the same report.

Clinton claimed a recent study showed “white middle-aged Americans without a high school education … are dying earlier than their parents and their grandparents.” The study found an increased mortality rate since 1999 among middle-aged white Americans with a high school degree or less — not just those without a high school education — and it made no comparisons with past generations. Princeton economist Angus Deaton, a co-author of that study, told us his work “doesn’t establish any of what she says.”

The facts are clear. As WikiLeaks and the FBI investigation prove, Hillary Clinton lies pathologically.