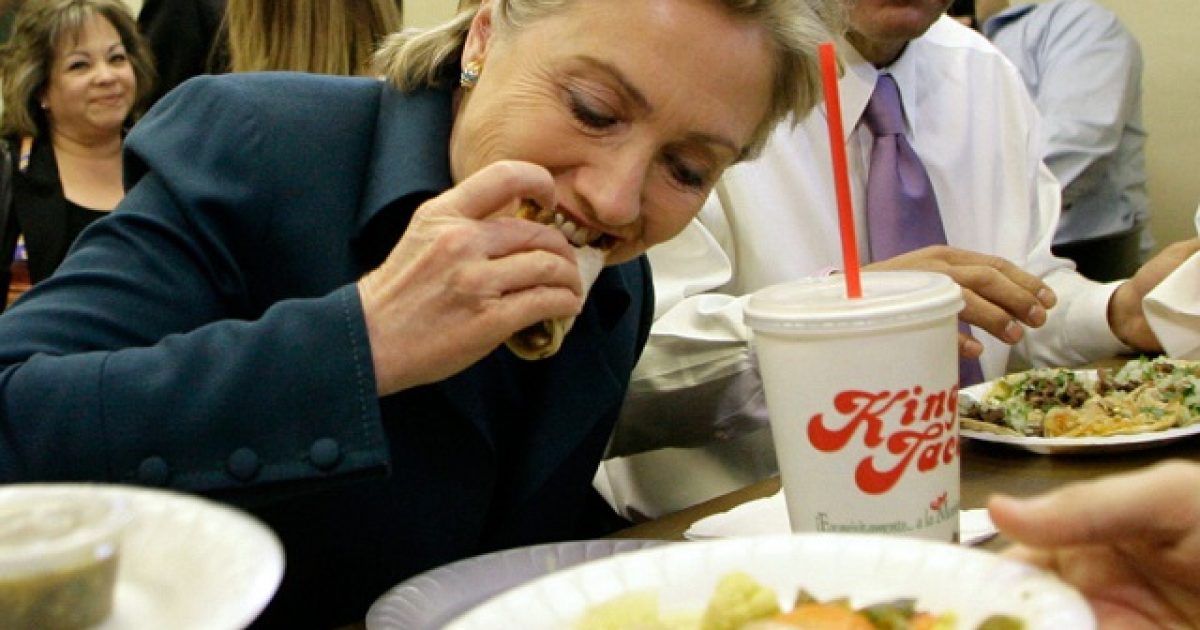 Americans (of Mexican descent) should thank WikiLeaks. Because of WikiLeaks, these Americans know how the Democrats have marginalized them.

Conservatives preach inclusion and judging people on character. Democrats, not so much. For Democrats, people are placed in buckets. People are identifiable and brandable. The irony being that Democrats say they don’t “profile.” So what is “taco bowl engagement?”

The recent WikiLeaks showcased how the Democrats “branded” Latinos. You can bet they have the same {ahem} profiles for blacks, Asians, and so on. And these profiles serve one purpose: figure out how to trick hapless rubes to vote for Democrats.

We see in this leaked email how Democrats see Mexicans as “tacos.”

That’s right! Democrats have gone stone cold Taco Bell, and made a run for the border. “Taco bowl engagement.”

Note the comment “Trump actually isn’t trying,” which implies Trump should address the special interests of “tacos” as well. Perhaps they expected Trump to add some salsa to his tacos?

Interesting that in the leaked emails, the Democrats are not actually focused on solving problems in any of the segmented, special interest communities. The focus is on the strategy of getting and keeping these people. “How can we denigrate the opponent, Trump, so that these people will support us.”

Democrats don’t care if the people support their policies, per se, or that problems get solved; just support Democrats.

Social media erupted, as people chimed in on “taco bowl”: 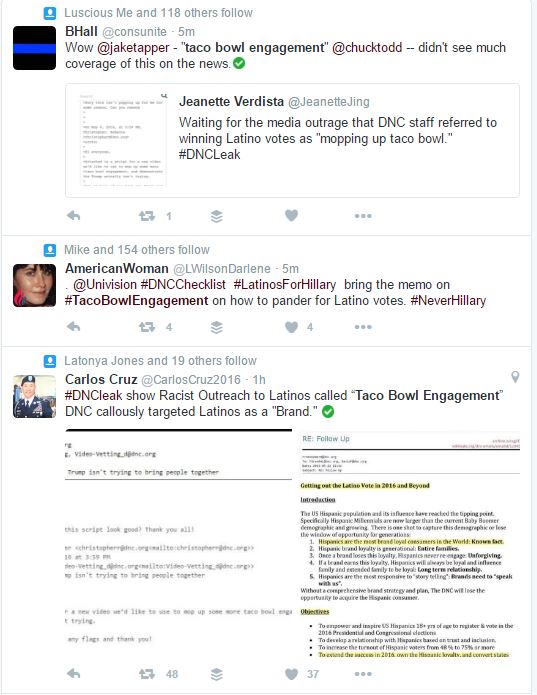 The Left discusses “outreach” in minority communities, like it’s something special. There is only ONE community, and it’s called America.

The very people who claim to be color-blind, are blinded only by greed and power. The Democrats help no one.

Where is the media coverage of this? Can you imagine if the Republicans had made these comments? America would be treated to a never ending montage of Mexicans criticizing the emails, and so on.